Officials said Deshaun Green, 21, got into an altercation with another man at a bus stop in Greenspoint when things became heated and Green reportedly pulled out a gun and shot the other man, killing him.

Officials say Wildred Smith, 27, was arrested in Baytown for open felony warrants but a DNA test later linked his connection to a case where a woman at Jenkins Park was attacked and sexually assaulted.

It's unclear what led up to the shooting, but we're told the off-duty deputy was talking with a woman when another man arrived, confronted the two and a heated argument took place before an apparent gunfight ensued. 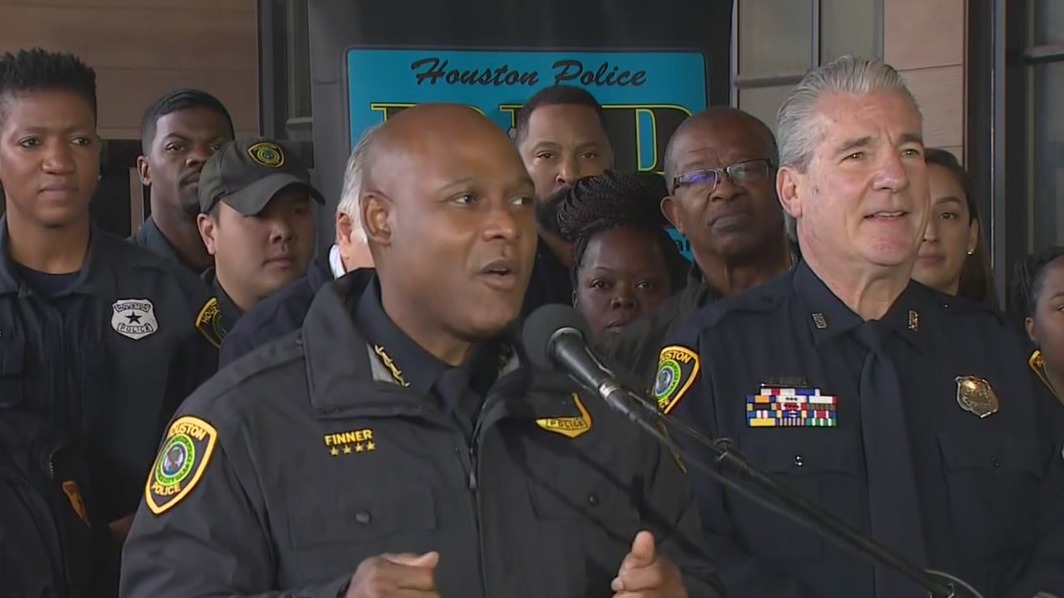 It's any shopper's worst nightmare to leave a store and get aggressively ambushed by thieves. That's why the Houston Police Department says it will be patrolling businesses, especially parking lots, during the holiday season.

With headlines of crime and deadly shootings, especially after the death of rap superstar Takeoff from the group Migos, it would be easy to surmise that crime was never this out of control. But exactly how bad has crime gotten and why?

Crime victim advocates like Andy Kahan with Crime Stoppers, argues there has been a trend in violent crime that in his decades-long career has seen a lot, but nothing like the myriad of homicides Harris County has been experiencing. Coupled with violent offenders posting bail on several felony bonds.

Authorities are holding a press conference on Migos rapper Takeoff, who was shot and killed in downtown Houston. During which, officials called on everyone, even in the hip-hop community to come forward with any information they might have.

A recent study by WalletHub ranked Texas as 4th least safe state in the U.S.

"We believe this the largest one-day gun buyback collection, if not the largest, in U.S. history," Houston Mayor Sylvester Turner said in a statement.

Law enforcement officials with the Houston Police Department and the Harris County Sheriff’s Office will be out in full force building relationships and spending time with neighbors in the communities they serve.

Gloria Fuentes and her family, along with the Houston Police Department are calling on the driver of the car that hit the pedicab to come forward.

Some of the nation’s leading law officers in Houston announced a major effort Thursday to fight violent crime in Houston. FOX 26’s Damali Keith has more.

A pilot program by the U.S. Department of Justice (DOJ) has launched in Houston to address violent crime and arrest "the worst of the worst" criminals

Responding officers said they found three people shot in Uptown, one of whom died from her injuries and had her vehicle riddled with bullets.

Abdon Enriquez, 17, is the second teen to be arrested for the death of Axel Turcios, 14, who was killed and robbed of his shoes in west Houston.

We're told the chain belonged to his friend's father, and he had worn it without permission and were desperate to get it back.

A man was shot and killed over the weekend after he and his friends tried to chase down a group of bandits who robbed them at gunpoint. FOX 26’s Gabby Hart spoke with the man’s loved ones who are hoping his killers are caught by law enforcement.

Houston police are investigating two shootings just blocks away from each other, where a person was found killed at both respective locations.