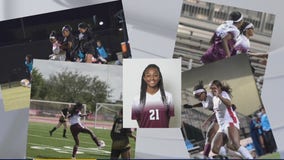 Lemauriel Johnson is a star in the classroom and on the soccer field at Texas Southern University. The 5'8" forward, daughter of Randy and Katrina Johnson, is inspiring her teammates to do well. The women's soccer team sports a 3.57 GPA, which tops all women's teams on the campus. Lemauriel is a leader with big goals. 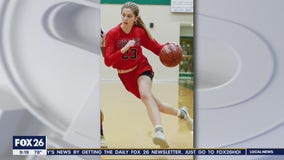 Langham Creek Girls’ Basketball star Kaley Perkins came about her talents naturally. Mom was a basketball player in college and dad was also an athlete. Both parents love academics and passed it down. The shooting guard was the 2019-20 District MVP, Chronicle All-Greater Houston and varsity captain. She also sports an off the charts GPA. 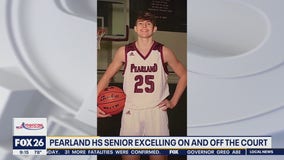 A senior at Pearland High School is not only excelling on the court, he's doing some excellent work in the classroom. In fact, his coach says he's talented enough academically and athletically to play anywhere in the country. He credits his academic success to being an avid readers, and he's a member of the National Honor Society. Ty Williams is Making the Grade. 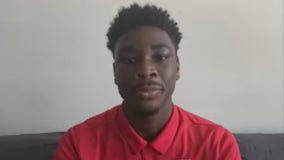 This week’s student athlete is from a proud track and field program with a winning tradition – the University of Houston. Frederick Lewis is a 400-meter sprinter who attended Pearland Dawson High School before being recruited by UH. He’s fast on the track, and his brain moves even faster. He has an Olympian as his track coach. 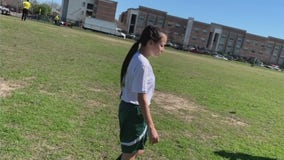 She runs cross country, track and field, plays soccer and is a member of Junior ROTC. Ana Azarte is Making the Grade at Sharpstown High School. 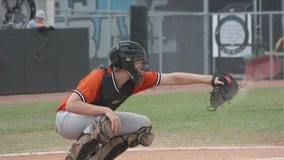 He is a two-sport, two-position star. Not only does he play on the football and baseball teams, he plays two positions on each of them. Texas City High School senior Jackson Wray is Making the Grade. 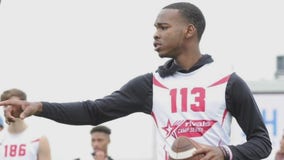 He's the starting quarterback at Dekaney High School and he's a leader in the the classroom. Daelyn Williams is Making the Grade. 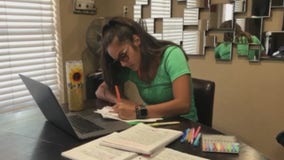 Mia Garza is a two-sport athlete at Pasadena Memorial High School and a student in the early college program. Garza sports a 4.58 GPA, is deeply embedded in her faith, and she's a leader who started playing sports at an early age. Mia Garza is making the grade. 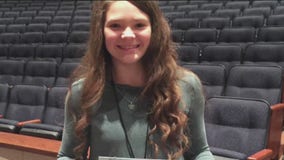 Reese Harrison graduated Thursday night from Deer Park a year early and in the top 1 percent of her class. Not only is she a great student, she is a top competitive cheer athlete. 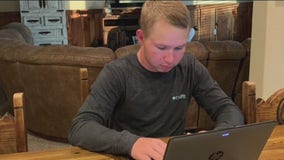 It has not been easy for student athletes during this pandemic, but this Texas City High School golfer is getting it done. Nate Brooks is Making the Grade! 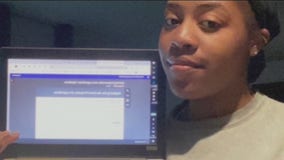 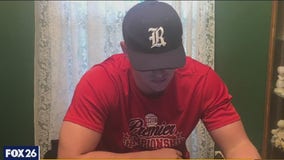 He will graduate from Jersey Village High School as a top student. He's also one of the top high school baseball players in the state. Nathan Becker is Making the Grade! 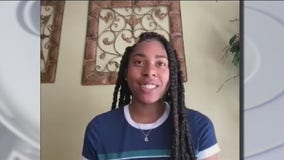 An Alief Taylor High School student has her sights set on college after her senior year was cut short by the pandemic. She's working out her mind with virtual learning and also working out to stay in shape. Kierra Wright is headed to Langston University on a volleyball scholarship. 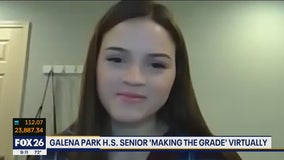 A Galena Park High School senior is continuing to learn virtually while staying in shape for softball. Maddy Flores is Making the Grade! 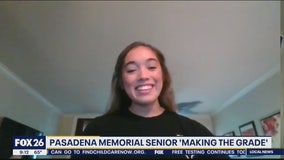 This Pasadena Memorial High School senior is in the same boat as so many other seniors with their milestone year cut short and graduation ceremonies in jeopardy. But she is not letting any of that slow her down. Maya Arredondo is Making the Grade! 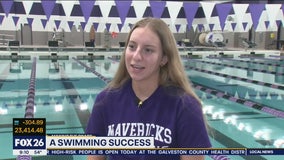 This Morton Ranch High School grad is quite the swimming success. FOX 26's Nate Griffin shows us how Frederica Kizek is Making the Grade. 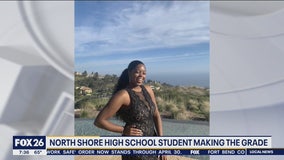 Naya Edwards graduated from North Shore High School and is now a student at Pepperdine University, on her way to completing her freshman year. 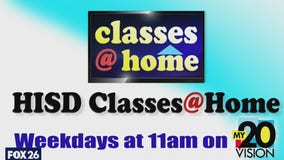 Fox 26 and My20 kicked off “Classes At Home”, specifically for Houston area children because school buildings may be closed but young brains are still open for business and ready to learn. 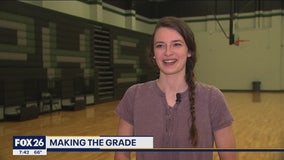 Last year, we featured a Kingwood Park High School senior who excelled in volleyball and swimming. Andie Unwin is now a freshman at Notre Dame! 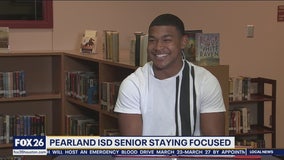 He attends Pearland High School but he's already working toward his associate degree. Anton Simieou is Making the Grade!