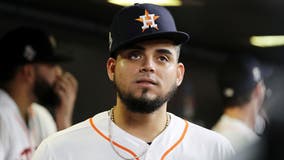 Astros pitcher Roberto Osuna may be out for the rest of the season. The pitcher may need to undergo surgery before being able to rejoin the Astros. 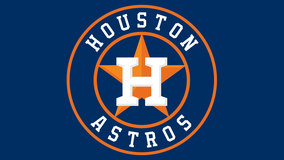 Alex Bregman hit an RBI single in the 11th inning, and the Houston Astros rallied for a 6-5 victory over the Los Angeles Angels on Sunday.

Matt Thaiss scored on Michael Hermosillo's bases-loaded sacrifice fly in the 10th inning, and the Los Angeles Angels snapped their three-game skid with a 5-4 victory over the Houston Astros on Saturday night.

Kyle Tucker had three hits and a career-high four RBIs, and the Houston Astros started a 10-game road trip with a 9-6 victory over the Los Angeles Angels on Friday night. 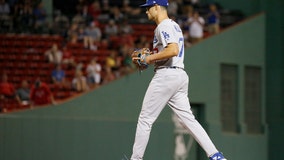 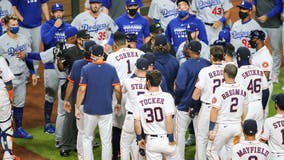 Kelly struck out Correa, then stuck out his tongue and made a face in his direction. Correa started walking toward him and the players exchanged words, prompting the benches to clear in the first such incident of this pandemic-delayed season. 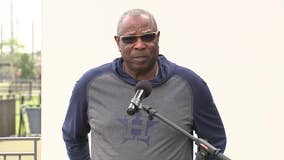 The Astros have picked up the club option on manager Dusty Baker's contract, tying him to the franchise through the 2021 season according to a Major League Baseball source. 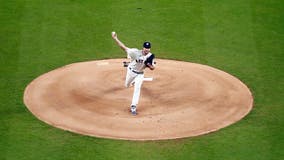 Reigning AL Cy Young Award winner Justin Verlander has a strained right forearm and will be shut down for at least two weeks.

Lance McCullers Jr. was solid in his return from Tommy John surgery, Yuli Gurriel and George Springer homered and the Houston Astros beat the Seattle Mariners for the 15th straight time, 7-2 on Saturday. 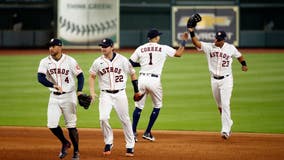 Dusty Baker posted a win in his debut as Houston's manager and the Astros, playing for the first time since their sign-stealing scandal rocked baseball, opened the season by beating the Seattle Mariners 8-2 Friday night. 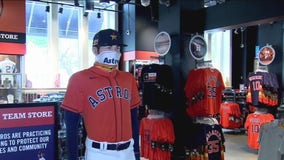 While fans can’t physically attend Astros games to start the 2020 season, the team is selling cardboard cutouts. For $100, fans can have their picture attached to seats inside Minute Maid Park.

For a $100 donation, you can upload a smiling photo of yourself in your Astros gear and the Astros Foundation will find a seat for you in the outfield. 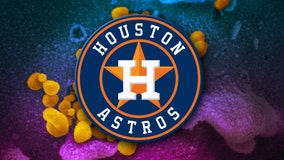 According to Astros General Manager James Click, they were alerted that a staff member was potentially exposed to a COVID-positive individual outside of the organization. 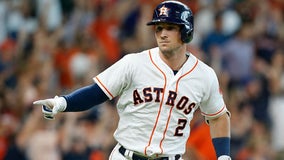 Astros All-Star third baseman Alex Bregman recently made the decision to hire Scott Boras as his agent. Now Bregman, who has become one of the top players in baseball, is one of Boras’ clients.

The Astros' season will begin at home on July 24 against Seattle. 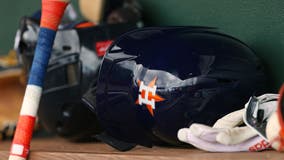 The Houston Astros will use the baseball facilities at the University of Houston as an alternate workout site in an effort to socially distance its players and staff.

A Houston Astros player has tested positive for COVID-19. The team says the player has been working out at the Astros complex in West Palm Beach, FL. 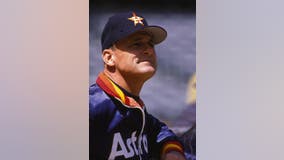 Former Astros manager and player Art Howe was released from Memorial Hermann Hospital after being admitted Tuesday due to COVID-19. 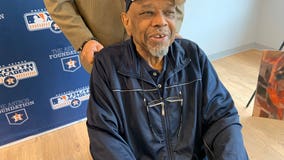 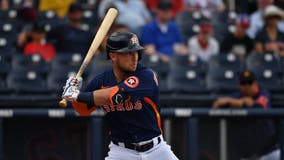 Houston Astros third baseman Alex Bregman and other professional athlete special guests will battle it out in a virtual video game arena to raise money for the Houston Food Bank during the COVID-19 pandemic.