19 Houstonians are charged with federal firearms crimes including 8 charged with Illegal Possession of a Machine Gun.

HOUSTON - Nineteen Houstonians have been indicted on federal weapons charges including the man who is said to have opened fire on Houston Police officers in January with an illegal machine gun.

Of the 19 Houstonians who have been federally indicted, 8 of them are charged with illegal possession of an unregistered machine gun including Roland Caballero the man investigators say had a modified gun that could shoot 50 bullets at Houston Police officers every 4 seconds, and it happened in a Third Ward residential neighborhood in broad daylight.

The police bodycam video of the shootout is intense and hard to watch.

The Houston Police Department released bodycam video of a shootout in the Houstn's Third Ward that injured three officers.

"It was four weeks ago on a sunny afternoon on a Thursday. We are lucky there wasn’t a ton of people on the sidewalks and on the streets because rounds were going everywhere," says ATF Special Agent in Charge Fred Milanowski.

This video clearly shows officers were being shot at with a gun that could fire nearly non-stop and three Houston Police officers were shot.

CHECK OUT FOX 26's SAVE OUR STREETS SERIES

It was a pistol modified to operate as a machine gun. A fully automatic switch was attached. You may hear it as a "Glock Switch."

The ATF says the fully automatic switches don’t have anything to do with the Glock company, cost $5 to make overseas, and are sold mostly online for as little as $200.

The gun that was used in Thursday’s shootout with police appears to have been illegally-modified to operate as an automatic-weapon: machine gun. FOX 26's Tom Zizka has been looking into what an 'auto-sear' is and why virtually no-one is supposed have one.

"This is a firearm, a Glock pistol with a switch inserted into the back of it," Spec Agent Milanowski says while showing the small piece attached to the pistol making it fully automatic.

He says that tiny piece turns a pistol into a machine gun, capable of firing 30 rounds in two seconds or, "this holds 50 rounds. This is similar to what the suspect had that shot the Houston Police officers. 50 rounds in 4 seconds," Milanowski explains.

"That is the number one threat if you ask me, to public safety, a suspect or anybody having a fully automatic weapon because it can do so much damage in a short amount of time," says Houston Police Chief Troy Finner.

Because of the federal charges Roland Caballero is now facing 30 years to life in prison. "The violent conduct that has escalated to this point we assure you we are focused, and we’re on it," adds US Marshal Michael O’Connor.

Federal officials are also taking notice of the number of Houstonians committing crimes while out of jail on bond.

"Those are cases ATF is going to take a hard look at and work with our partners at the U.S. Attorneys Office to get those charged federally," adds Milanowski who also says the number of investigations at ATF have tripled and the number of seizures of those illegal switches are up 500%.

By the way, simply owning one of those automatic switches, even if it isn’t installed in a gun is illegal and could get you 10 years in prison.

The ATF is now training patrol officers to know what these switches look like and the agency is actually encouraging anyone who has one to contact them at 888-ATF-TIPS (8477) so they can properly dispose of it, and you won’t face charges.

However, if you don’t turn it in, and you’re caught with the switch: "We’re coming for you. If you have these devices you will go to jail. You will be prosecuted," says Major Rolf Nelson with the Harris County Sheriff’s Office.

Also, if you have information regarding whose selling these switches the ATF wants to hear from you. 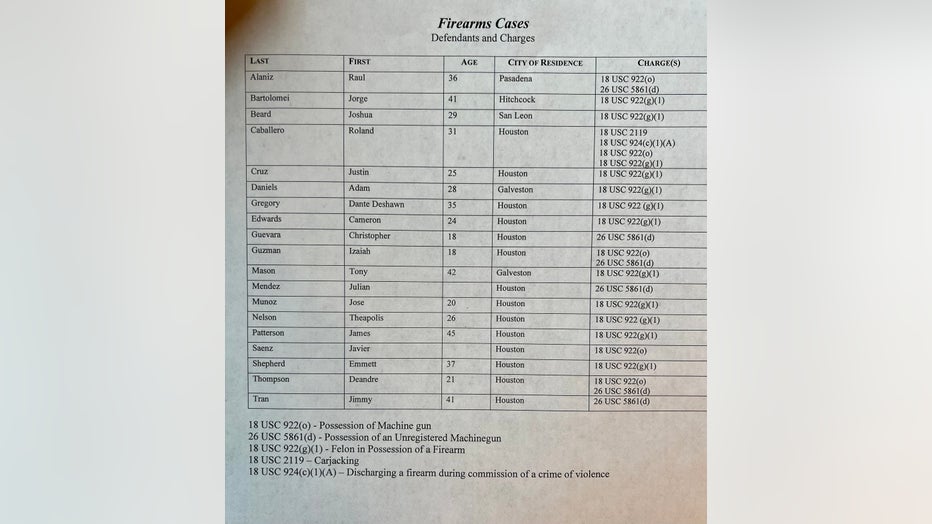