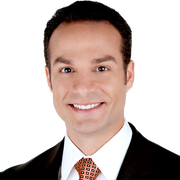 Mike Iscovitz is the weekday meteorologist on FOX 26 Morning News from 4 a.m. to 10 a.m. Originally from Fort Lauderdale, Fla., Mike graduated magna cum laude with a Bachelors Degree in meteorology from Florida State University. He earned the American Meteorological Society Seal of Approval in 2001, and was the 69th person in the United States to be recognized as an AMS. certified broadcast meteorologist. Mike began his career in meteorology as a weather intern at WSVN-TV in Miami and then as a student meteorologist at Florida State University. In 1999 Mike went to work as the weekend weather anchor at KLFY-TV in Lafayette, La., until joining the FOX 26 weather team in September 2000. Mike spends nearly all of his free time with his wife and daughters. And with the few remaining minutes he has free, he tries to exercise and practice his guitar.