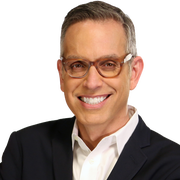 Writing your own bio is not an easy thing to do, so I’ll keep it short and sweet. I handle the lifestyle and entertainment side of things for our morning newscast and it’s a great gig. We have an amazing group of people here both on the air and behind the scenes and they make FOX 26 a great place to work. During the fall and spring, prime time season I spend a big portion of my time covering FOX network shows. I did ten years on the American Idol beat (yes, I’ve met Jennifer Lopez, she’s wonderful) until it finally went off the air in April of 2016. Empire is currently our biggest show and I do recaps twice a week while new episodes are running. Social media is just as important as anything we do on the air so I spend some of my evenings doing a live tweet during Gotham, Rosewood, Lucifer and other hot shows. That basically means that some of my work days begin at 6am and end at 9pm. Twice a year FOX invites reporters to Los Angeles or New York to grab interviews with the stars of their prime time line up so I have had the pleasure of meeting some really cool people. I’m always asked “who was the coolest person you ever interviewed” and that’s a tough question to answer. I can tell you that Simon Cowell is one of the nicest guys to sit and talk with, Keifer Sullivan is intense but very pleasant, Mariah Carey is regular person that just happens to be mega famous, Jamie Lee Curtis is a sweetheart, Keith Urban is a solid dude, RZA (Wu Tang Clan) gave me fist bumps but I could not understand a word he was saying and Rob Lowe was really funny and just great to be around. In case you’re wondering about the personal stuff, here’s what you need to know: I have no Emmy awards (unlike my colleagues who have tons); and I never really wanted to be in front of the camera. When I graduated from high school, all my friends went to college, I joined a rock band. Note: I’m obviously not a very good musician because I eventually did have to go to college in hopes of getting a real job. I’m a terrible golfer and an average scuba diver. I have a modest collection of pretty cool vinyl that I occasionally take with me when I DJ at MKT Bar. Lastly, but most importantly, I’ve been married to the same wonderful gal since 1992 and we have daughter that is the light of my life (also, two dogs and a goldfish).