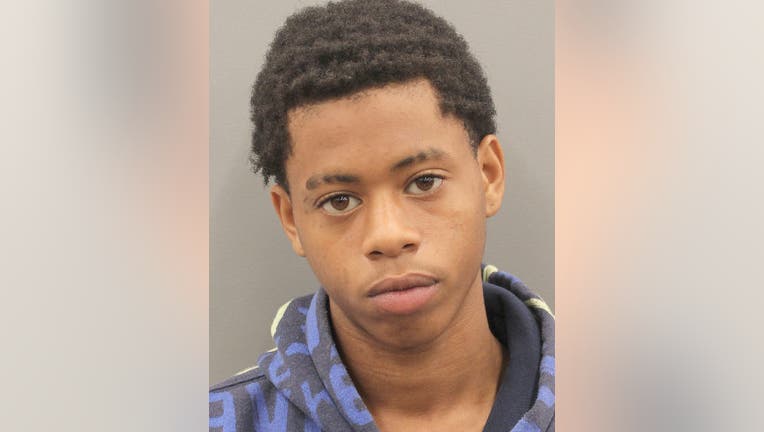 HOUSTON - Authorities have one of at least six teenagers behind bars in connection to a deadly shooting in north Houston where a man with a cane was killed.

PREVIOUS: Man with cane shot, killed by teen behind Walmart in north Houston

The Houston Police Department shared on Twitter Wednesday that Isaiah "Isaac" Henry, 18, was arrested for his role as the shooter in the death of Anthony Green, 49.

Green was killed Monday, May 9th behind a Walmart on Fulton and Crosstimbers, just before 8:45 p.m. Police were called to the shooting, where they say Green got into a fight with six teenagers: two males and four females.

Authorities said the teens were harassing Green and as that was occurring, he was swinging his cane trying to get the kids away from him.

As the group started walking away, one of the males, whom officials identified as Henry, turned around and shot Green in the chest. Police say the teenagers then ran toward a bus stop before law enforcement arrived and paramedics rushed Green to Memorial Hermann – Texas Medical Center, where he died from his injuries.

SWAT officers found Henry at a location on Tuesday and when he was approached, a brief foot chase ensued. He was later taken into custody without incident and authorities say a loaded pistol was found in his possession.

We're told the other five suspects have been identified, but police have not released their names as no charges have been filed against them at this time, but an investigation remains underway.