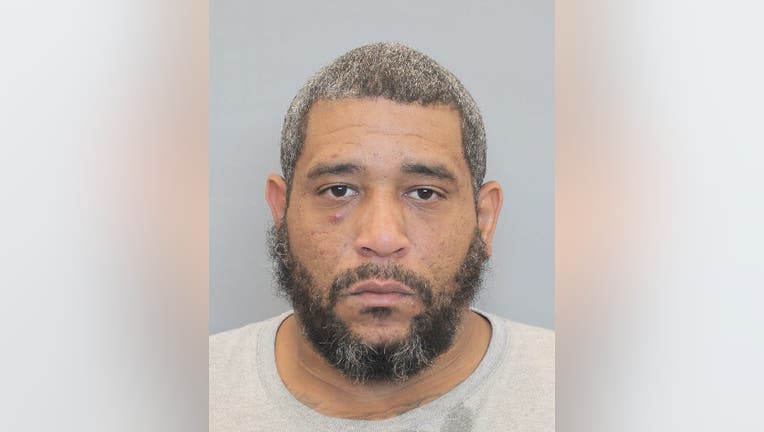 Arthur Lee McShan, 40, is charged with felony evading arrest in a motor vehicle in Sunday's (Jan. 30) officer-involved shooting at 13400 Westheimer.This is a 2020 booking photo of McShan.

HOUSTON - Houston Police Department says the suspected robber shot by police officers Sunday after a chase in west Houston did not have a gun.

Arthur Lee McShan, who is still hospitalized following the shooting, is charged with felony evading arrest in a motor vehicle.

McShan, 40, is accused of leading officers on a 20-minute chase, after his vehicle matched a robbery suspect's vehicle description.

The chase ended in a crash.

When McShan got out of his vehicle, both HPD and witnesses report that he lifted and extended his arms as though he was going to shoot.

One eyewitness even shared video of the incident with FOX 26, and it shows McShan's actions before the shooting.

A man caught in the middle of a Houston police shooting with a robber who led them on a high speed chase, recorded video of the incident. Police haven't confirmed if the robber had a gun or not, but the eyewitness says in his video, you can see the man raise his arms like he's going to shoot at them. See it for yourself.

The officers are identified as Sergeant M. Grossbard of the Property & Financial Crimes Division and Officers A. Ledford, D. Nguyen, J. Williams and R. Zhao of the Westside Patrol Division. Sgt. Grossbard was sworn in as an officer in June 2008, Officer Ledford in December 2018, Officer Nguyen in March 2019, Officer Williams in May 2020 and Officer Zhao in December 2019.

McShan was flown by LifeFlight to Memorial Hermann Hospital, where he is expected to survive his injuries.

No officers or other citizens were injured during this incident.

As is customary in officer-involved shootings in Houston, the incident is being investigated by the HPD Special Investigations Unit, the Internal Affairs Division and the Harris County District Attorney’s Office.