Four Houston police officers who were fired after shooting and killing Nicolas Chavez, 27, last year have their jobs back.

HOUSTON - Less than two years since the deadly shooting of Nicolas Chavez, four Houston police officers, who were fired for their involvement in the incident, have been reinstated, an arbitrator ruled Monday.

"The Sergeant and officers were made whole with full back pay and seniority," the Houston Police Officers Union said in a statement Monday. "Upon seeing the evidence presented by our attorneys, the city determined that the Mayor and others were misled by our former chief to believe that these officers violated our policies and training at HPD, when in fact they had not."

He added that despite not being the one involved in any of the final decisions involving the officers, "there was evidence of policy violations." When asked to be more specific, Finner declined to address it.

Houston Police Chief Troy Finner discussed the reinstatement of officers, who had been fired for their involvement in the deadly April 2020 shooting of Nicolas Chavez. An arbitrator ruled on Monday morning that the four officers should be reinstated.

The Chavez family has yet to respond publicly to the arbitrator's ruling.

"The HPOU feels for the Chavez family who lost a loved one in crisis and feels for the families of the officers who have faced 16 months of hell," the union said in the statement.

Chief Finner also asked the community to pray for the Chavez family and all who are involved.

"I ask that everybody do what we always do as Houstonians, we stand together in difficult times. I just want everybody to be respectful," the chief said. "Everybody has differences of opinion. But let's all respect the process. And let's have some time for healing as we get through this process."

Who are the four Houston police officers who were fired and are now reinstated?

What happened in the Nicolas Chavez shooting? 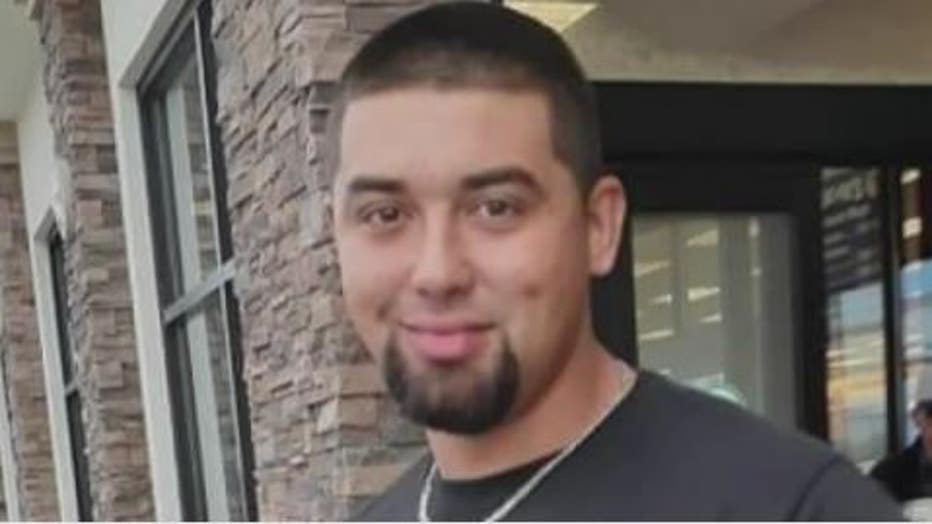 On April 21, 2020, 27-year-old Nicolas Chavez was shot dead by police in Denver Harbor during a lengthy confrontation that was captured by police body cameras and a witness' cellphone camera.

Twenty-eight HPD officers responded to the "man in distress" call. Callers had reported that Nicolas appeared to be suicidal because he was jumping into and out of traffic trying to get hit by cars.

After witness cellphone footage of the incident circulated on social media, the activists called for an investigation into the shooting.

After several months, HPD released a 15-minute video compiled from 70 body cameras, showing officers trying to calm down a visibly-distressed Nicolas as he yells and flails his arms.

During this time, officers tried non-lethal action including tasers and rubber bullets, which eventually brought Nicolas to the ground.

Moments later, Nicolas lunges for an empty taser and officers shot him more than 20 times, killing him.

Why were the officers fired?

In Sept. 2020, then-HPD Chief Art Acevedo held a press conference along with Mayor Sylvester Turner to discuss the findings of the investigation into the shooting.

After walking the public through the findings of the investigation while showing body camera footage, Acevedo confirmed the four officers were fired.

"The discharge of those 21 shots, for those four members of the Houston Police Department, are not objectively reasonable," Acevedo said. It’s inexplicable to me, when they have plenty opportunity to back up and continue to be doing what they were doing, for them to stay the line and shoot a man 21 times."

Acevedo continued saying, "This is a matter of judgment. If you’re that fearful with 28 officers, of a man that’s been wounded already, I don’t need them as a police officer. If you think the answer is to stand your ground because the statute allows you, instead of taking two or three steps, if that’s how little you value life, I don’t need you in this department."

The HPOU responded to the officers' firing, calling the decision "unjust" and "deplorable."

The Houston Police Officers' Union says four HPD officers were fired in connection to the shooting death of Nicholas Chavez.

Were the officers charged in the shooting?

A year after the four officers were fired, a Harris County grand jury ‘no billed’ the four former officers, for their role in the shooting.

Prosecutors presented the grand jury all the evidence over a four-day period, including body camera video from the shooting.

Grand jurors had a range of options, from criminally negligent homicide to murder. They also had a range of defense considerations, including self-defense and defense of a third person.

"We are very disappointed at the grand jury’s findings," said Agustin Pinedo with LULAC.

MORE: Wife, supporters of Nicolas Chavez speak out after grand jury does not indict 4 officers who killed him

"This young man was on his knees, had no weapons, was no threat. You had 20 police officers here," says Jose Vega with LULAC.

Nicolas' widow Jessica Chavez, who was hoping for charges, said "it’s been hard. It’s been very difficult for me."

The Chavez family is still pursuing a $100 million civil lawsuit they filed in March 2021.

The suit names the City of Houston and the Houston Police Department, along with all five officers involved in the shooting: Luis Alvarado, Benjamin LeBlanc, Kevin Nguyen, Omar Tapia, and Patrick Rubio. Officer Kevin Nguyen is the only officer who was not fired in the incident.