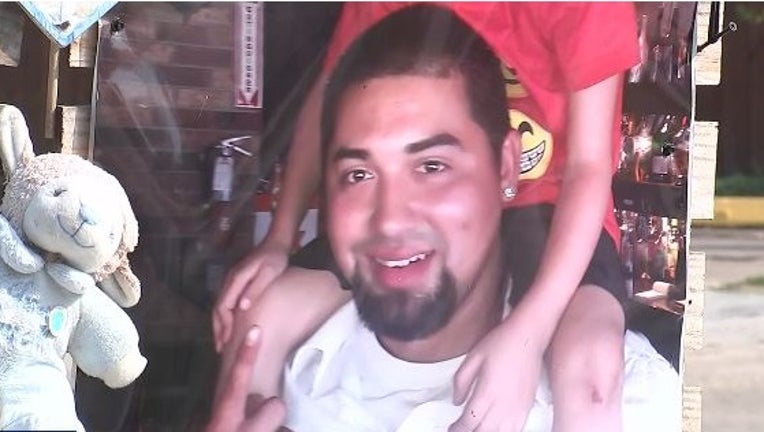 HOUSTON - A $100 million civil lawsuit has been filed Tuesday on behalf of the family of Nicholas Chavez, who was fatally shot by police in April 2020.

According to a release from Houston-based law firm Roberts Markland LLP, all five officers involved in the shooting, Luis Alvarado, Benjamin LeBlanc, Kevin Nguyen, Omar Tapia, and Patrick Rubio, have been named in the lawsuit along with the City of Houston and the Houston Police Department.

Police said Chavez was shot by officers who had responded to a call about a suicidal man, in which police said he had a pointed object in his hand.

Authorities said, after several attempts to detain Chavez and stop him with non-lethal methods, he was shot on Gazin near Market Street around 9 p.m.

A news conference was held in September of 2020 in which the graphic body camera video of the incident was released by the Houston Police Department.

The released footage compiles roughly 15 minutes of body-camera video. People can watch and hear calls made to 911, police trying to calm Chavez down, and ultimately more than 20 shots fired at the 27-year-old father after he reached for an empty taser.

During the same news conference, four of the five officers listed as defendants in the civil lawsuit, were fired by the department.

RELATED: Family of Nicolas Chavez say firing of police officers is a step in the right direction

"We applaud Houston Police Department’s termination of the officers that unjustifiably executed Mr. Chavez. This case highlights the degree of poor policies related to policing and responding to mentally ill citizens as well as inadequate fitness and training of too many of our police officers tasked with dealing with difficult confrontations. This case demonstrates that all citizens, regardless of race, are at risk of excessive use of force by the police and something has to be done to stop this disturbing pattern, beginning with a deep dive into HPD’s flawed policies regarding use of deadly force for the sake of a civilized society," said Sean Roberts, the family’s attorney.