HOUSTON - A suspect is dead following an officer-involved shooting in northeast Houston, according to Houston Police Department.

It happened after police received a call at 8:57 p.m. on Tuesday about a man who appeared to be suicidal because he was jumping into and out of traffic trying to get hit by cars in the 6500 block of East Freeway frontage road.

A suspect was killed in an officer-involved shooting, after tasers and beanbags were not effective in stopping him.

At 9:15 p.m. a resident flagged down the officers and showed them to the suspect in the 800 block of Gazin Street near Market Street. 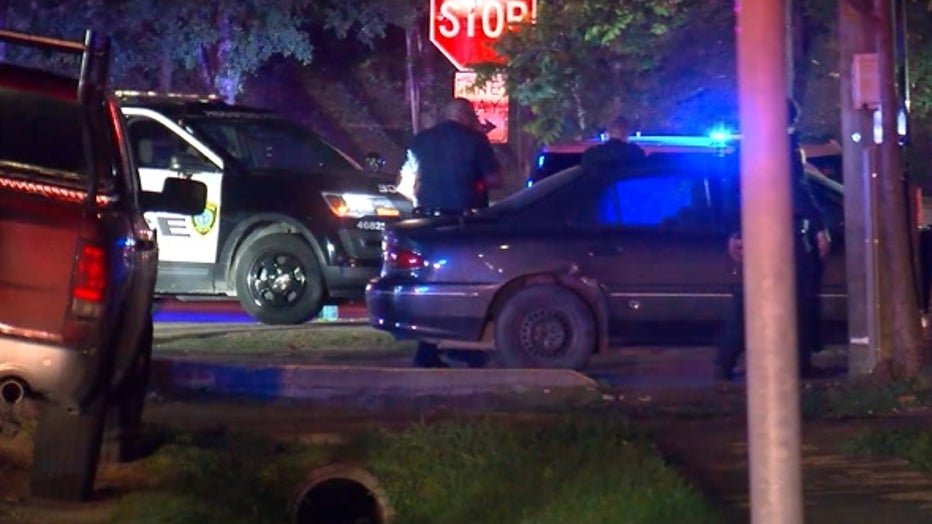 Officers reported seeing the suspect holding a knife. He was not compliant with their orders as he allegedly stabbed himself and made threats to the officers.

According to Chief Acevedo, they tried tasers and discharging beanbags, but the man began charging toward them.

After trying other non-lethal ways of stopping him, the suspect was shot and killed.

He was not identified but is described as a Hispanic male, 27, who had just been released from jail, according to his mother.

Chief Acevedo says the man's mother told him he was not doing well since being released.