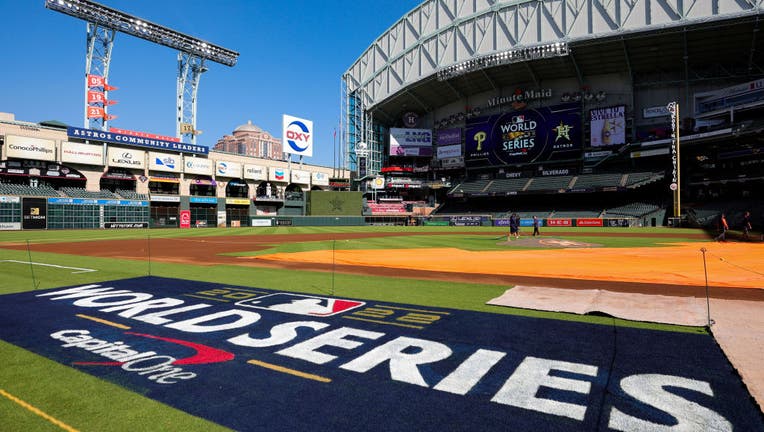 The Houston Astros are back in the World Series for the fourth time in six seasons, and they’ll be facing off against the Philadelphia Phillies.

The series started on Friday, Oct. 28, at Minute Maid Park.

Whether you’re watching the games at the ballpark, at home or at a watch party, here’s what you need to know.

How many games are in the World Series?

What channel is the World Series on? How to watch

All of the World Series games will air on FOX.

What time do the Astros play in the World Series against the Phillies?

Houston Police Department will be increasing patrols and say they will make necessary arrests as the World Series madness increases.

How to get tickets to the World Series

RELATED: How much are World Series 2022 tickets?

Authorities advise the public to only buy tickets from official sources to avoid getting scammed. They also recommend that you double-check the website’s guarantee. Click here to learn more.

If you can’t get into the ballpark to watch the game, you can still cheer on the team with other fans at watch parties around Houston. Click here for a list.

You can also attend a watch party at Minute Maid Park when the Astros are away in Philadelphia. Vouchers are $1 and benefit the Astros Foundation. Click here to learn more.