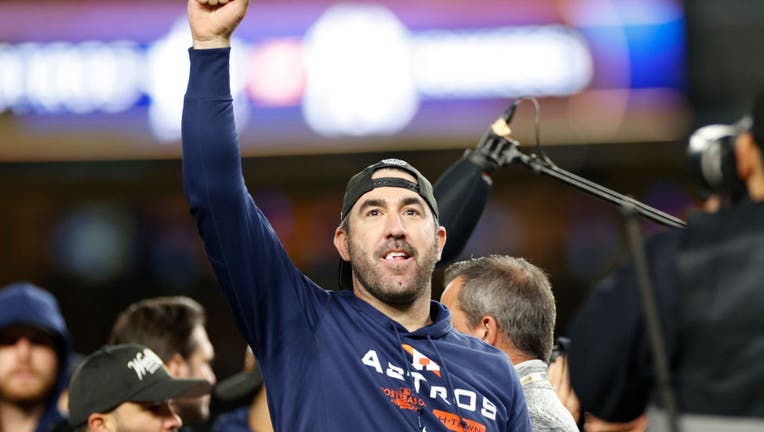 NEW YORK, NEW YORK - OCTOBER 23: Justin Verlander #35 of the Houston Astros celebrates after defeating the New York Yankees in game four to win the American League Championship Series at Yankee Stadium on October 23, 2022 in the Bronx borough of New

HOUSTON - The Houston Astros have punched their ticket to the World Series! After an amazing, undefeated post-season, the team will play the Philadelphia Phillies starting on Friday.

After defeating the Yankees in a well-fought game 6-5, the Astros make their 4th World Series appearance in the last six years. They last played in the 2021 World Series against the Atlanta Braves. The team went 7-0 in their postseason.

The Phillies played against the San Diego Padres in the National League Championship Series and took a 4-1 series win. This is the first time since 2009 that the team will play in the World Series.

MLB announced the series schedule will run from Oct. 28 - Nov.5, if necessary. Both teams will play a best-of-seven game.

FOX 26's Ruben Dominguez catches up with Houston Astros fans live from New York at Yankee stadium as the team looks to sweep in Game 4.

The 2022 World Series will air on FOX and can also be streamed on MLB.TV.