FOX 26 Reporter Damali Keith has more on what officials are telling thousands of Houstonians after police said a woman was murdered.

HOUSTON - Disturbing details are continuing to emerge regarding a man now charged with murdering and dismembering a woman after taking her to his West Houston apartment.

According to court records, Felicia Johnson and Chukwuebuka Nwobodo agreed over Snapchat that he would pay her $500 to meet up with her. She hasn’t been seen since and there is a warning for the thousands of Houstonians who work in the sex industry.

"Anybody can become a victim of a villain," says Kathryn Griffin, who is the Human Trafficking Victim’s Services Director for Harris County Precinct 1 Constable’s Office.

That’s the first point Griffin says she wants to drive home, to let the murder of 24-year-old Felicia Johnson be a learning lesson. Don’t let her death be in vain and don’t think it can’t happen to you.

"It is so dangerous and every media outlet should be screaming from the rooftops on how dangerous this is, and let stories like this be known," Griffin adds. 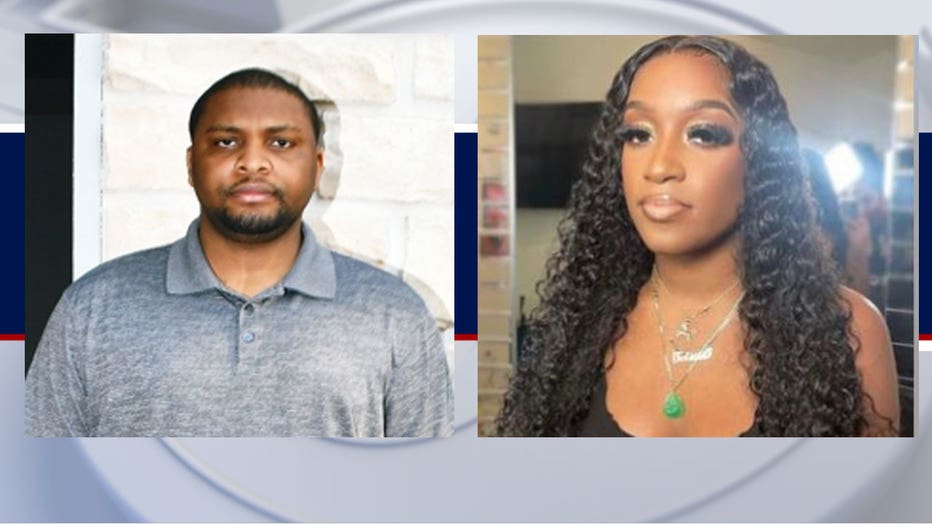 Nwobodo is now charged with murdering and dismembering Johnson after investigators say her blood was found in his apartment. When he was detained for questioning on May 13, detectives say they found a gun, gloves, large kitchen knife and a shovel in the trunk and backseat of his car. He was questioned that day and released. He wasn’t charged until June 9, but now he’s nowhere to be found.

Court documents show Johnson was last seen April 16 leaving her hotel in an Uber paid for by Nwobodo. She recently arrived in Houston from California and was looking for work. One of the last places she was seen was at a strip club on Little York as she applied for a job there.

On April 17, investigators say Nwobodo bought a handheld and a power saw, towels and trash bags. According to court records, even as Nwobodo searched the internet for things like "can bleach destroy DNA," "how to get away with murder," "how to be a serial killer," and the "most forested part of Houston." He also Googled "Houston escorts" and there are tens of thousands here.

"I would estimate and say anywhere from 70,000 to 80,000 sex industry workers daily. (That’s a lot. Just in Houston/Harris County?) Yes, yes," says Griffin and she wants sex workers to do a few things to stay safe such as don’t meet at a client's home. But most of all she wants you to know help getting out of this industry is available.

"It’s very vitally important that individuals know to reach out to us, so we can help," adds Griffin, who says a number of people feel forced into this work due to increased costs and rising inflation. Precinct 1 can help with everything from treatment and therapy, to housing and finding employment.

Felicia Johnson’s body still hasn’t been found and although Nwobodo has been charged, he’s on the run and hasn’t been caught yet.

Griffin says she also wants to stress people who are hurting tend to hurt other people. She wants anyone in need to reach out before they harm someone.

"It is imperative that people are not afraid of getting trauma therapy, mental health services, substance abuse care. It’s so important. I know. I know what that trauma feels and looks like. I understand pain."

Investigators also say they found pictures of a dismembered woman and 3 dead bodies on Nwobodo’s phone.