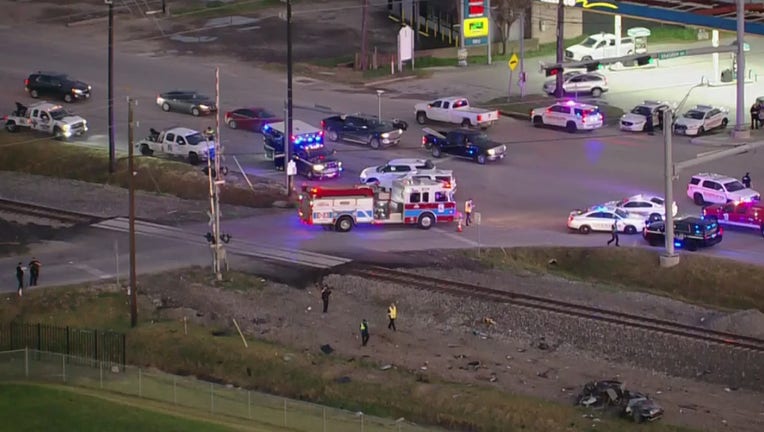 The Harris County Sheriff's Office investigates a crash involving an SUV and a train.

A woman has been charged after a deadly crash involving an SUV and an Amtrak train in northeast Harris County on Wednesday afternoon.

Brittinie Green is charged with manslaughter, according to the Harris County Sheriff’s Office.

The crash occurred around 5 p.m. Wednesday in the 10500 block of Sheldon Road near Beaumont Highway.

Deputies say Green was driving a BMW X3 with a passenger, Rhonda Clay, in the front seat.

The sheriff’s office says Green drove northbound in the southbound lane of Sheldon Road, went around two vehicles that were stopped for the railroad crossing arms and then drove around the railroad arm.

Deputies say the BMW then crossed over the railroad tracks and was struck by a westbound Amtrak train.

Clay was ejected from the vehicle and died at the scene, authorities say. Green was taken to the hospital by Life Flight.

No injuries were reported among those on the Amtrak train.