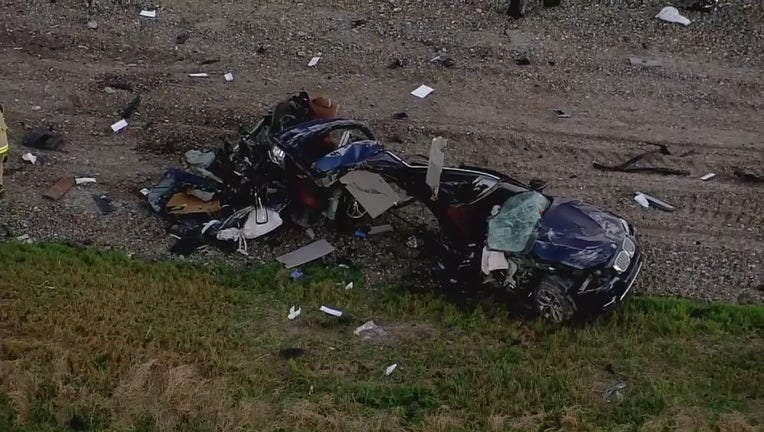 Photo from SkyFOX showing what was left over after an auto-train crash in Channelview on Wednesday evening.

CHANNELVIEW, Texas - An investigation is now underway after one person was killed when an Amtrak train struck a vehicle in Channelview on Wednesday evening.

The crash occurred on Sheldon Road and Beaumont Highway.

Olivia Irvin, Public Relations Manager with Amtrack, said a vehicle was obstructing the train tracks and came into contact with Amtrack Sunset Limited Train 1 on its way from New Orleans to Los Angeles.

Gonzalez said two cars were stopped at the crossing, when a third car went around the waiting cars and the railroad crossing arms, when the train struck the vehicle.

Irvin said there were no injuries among the 45 passengers or crew members on the train.