Pearland man sentenced to 82 years behind bars for bar attack

FOX 26's Greg Groogan has more on the brutal attack that occurred in 2020 at The Fountainhead Bar.

HOUSTON - A Pearland man was sentenced after he and another woman brutally beat and sexually assaulted a man in a bar. 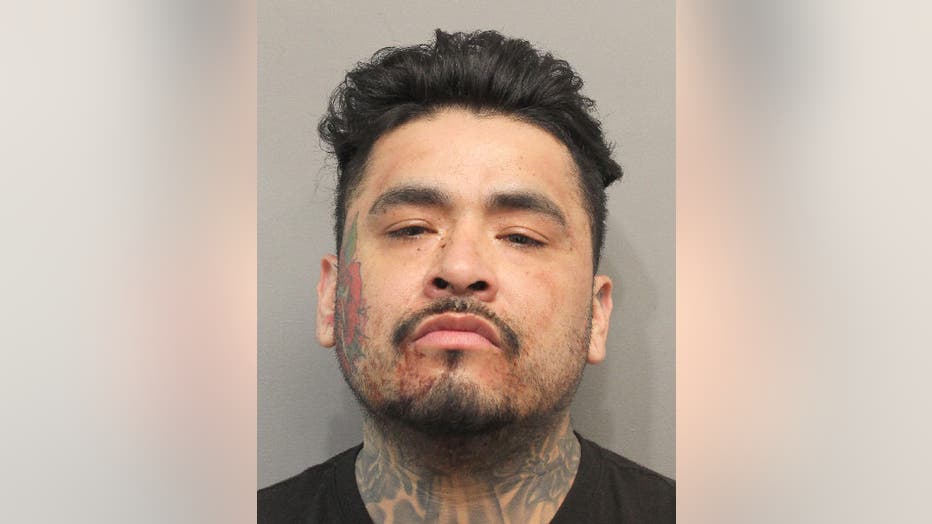 Felix Vale, 38, was sentenced to 82 years in prison after he and Ariel Cordoba, 31, beat a 49-year-old man unconscious and then continued to assault him afterward at a bar in northwest Harris County on Feb. 17, 2021.

"This was a savage and unprovoked attack on a stranger that continued to escalate until the authorities broke it up," District Attorney Kim Ogg said. "Random violence can never be tolerated, and we agree with the jury that this man should be sent to prison for decades."

Two people have been charged with beating and sexually assaulting a man at a northwest Harris County bar.

Harris County Prosecutor Chris Condon reportedly called it "the most savage beating" he had seen in his career.

The victim went to Fountainhead Bar in the 17000 block of Ella Boulevard near Cypress Station with a friend for some drinks. Surveillance video showed the two sitting at a bar when they were approached by an angry couple, Vale and Cordoba.

The couple was said to have left the bar and returned around 10 minutes later. They suddenly attacked the man, who was unconscious within the first five seconds. The assault was caught on video.

Reports say after he was unconscious, the two continued to beat the man with their fists, feet, a barstool, and a gun for almost 30 minutes until deputies with the Harris County Sheriff’s Office arrived. The attack happened during the Winter Storm which is why law enforcement was delayed. In the video, Vale and Cordoba reportedly slipped and fell on the victim's blood on the floor.

While they were attacking him, Vale and Cardoba took the victim's wallet and sexually assaulted him, officials said.

According to records, the man underwent several surgeries from the attack and continues to recover.

Assistant District Attorney Ryan Volkmer prosecuted the case with ADA Jarrell Gibson and said jurors wanted to send a message that a crime this serious would be punished just as seriously.

"We told the jury that this case would probably be the hardest thing they would ever have to listen to or see video of, and it was," he said. "They wanted to send a message to the community, to the defendant and the co-defendant, and most importantly to the victim that the prison sentence should be as severe as what he went through."

According to records, Vale was sentenced to 82 years by a jury after a four-day trial.

Officials say the case against Cordoba is pending. She pleaded guilty and is expected to be sentenced on Dec. 19.