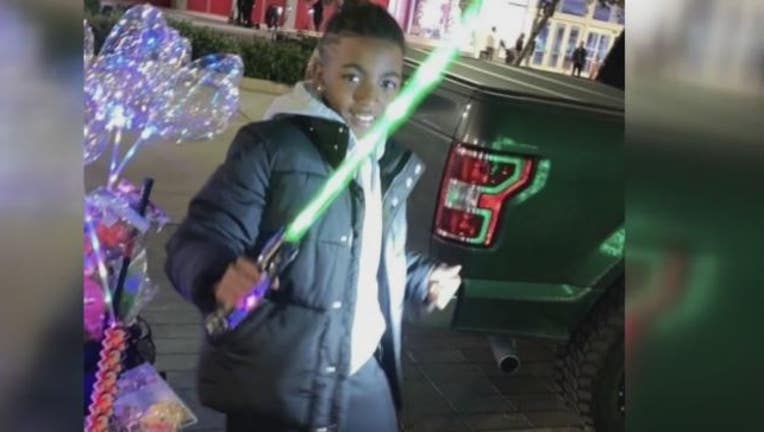 A man has been charged with the murder of an 11-year-old boy who was shot and killed in the parking lot of a Harris County apartment complex while going out to his family’s car to grab a jacket.

Harris County Sheriff Ed Gonzalez says Daveyonne Howard, 19, has been charged in the death of 11-year-old Darius "DJ" Dugas. Authorities say Howard is in the Harris County Jail on an unrelated charge.

RELATED: 'You took someone very special': Mother speaks after 11-year-old shot, killed getting jacket from car

The deadly shooting occurred on the night of February 3 in the 12200 block of Tidwell.

Dugas went to grab his jacket from his family's car that night, and then his family heard gunshots. They rushed out to find him lying on the ground. He had been shot.

He was taken to the hospital in critical condition, where he passed away.

The mother of an 11-year-old who was shot and killed at their Harris County apartment complex shares her emotional testimony with FOX 26 on Feburary 4, 2022.

According to Harris County Sheriff Ed Gonzalez, the investigation revealed Howard was in another complex breaking into vehicles just before the shooting. Authorities say Howard was caught in the act of breaking into the cars and was chased to the complex on Tidwell.

RELATED: Harris Co. Constables give $5,000 to mother of the 11-year-old killed as his death hits hearts across the US

According to Sheriff Gonzalez, Howard began shooting at the owner of the vehicle, who was chasing him to recover his stolen items, and shot the 11-year-old boy to death.

The sheriff says Howard has an extensive criminal history and was out on bond for Aggravated Robbery at the time of the murder.