Couple killed after being hit by suspected drunk driver

Loved ones are remembering a couple who were killed after being run over in West Houston on Sunday night. FOX 26 Reporter Damali Keith has more.

HOUSTON - Loved ones are in mourning after a husband and wife were both run over and killed on Westheimer, just west of the Galleria area.

Sederick and Ann Barrett were hit and killed while crossing Westheimer near Greenridge around 9:20 p.m. Sunday after celebrating with friends at a restaurant. The man charged with killing them was actually just released from jail on bond less than two weeks ago.

"I was saying ‘oh my God. Oh my God,’" explains Dawn Esparza Gonzalez, who helplessly and in horror, watched as her best friend spent her last moments alive. "And I was calling out to God because, in a moment like that, that’s the only person that can do anything."

Sederick and Ann Barrett were at a Brazilian Steakhouse on Westheimer catching up with friends Sunday night because they recently moved back to Houston. They walked across the street to another eatery to celebrate someone's birthday. On the way back to their car, the couple made it to the median with Gonzalez and another friend. They attempted to continue across Westheimer in front of a vehicle that didn’t seem to be that close at first.

"That’s when the car started going really fast. When he hit them, it was like an explosion," Gonzalez said.

27-year-old Donovan Donte Harris is now behind bars charged with two counts of intoxication manslaughter. Harris was just recently released from jail on bond after being charged with aggravated assault on March 15. 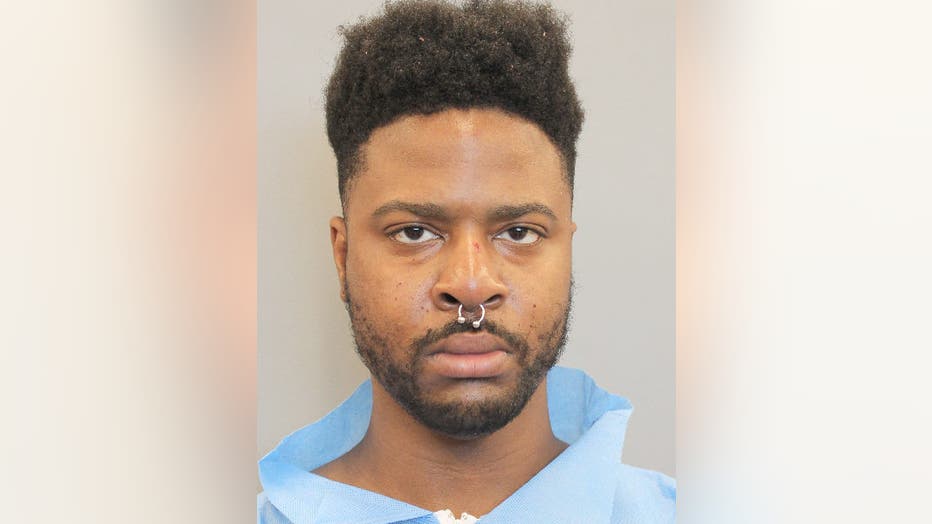 "Me and Ann both have kids around this guy’s age and I tell them if you want to drink, stay home," Gonzalez says.

"Please do not drink and drive, because everyone suffers behind this," adds friend Darlene Kearney, who officiated the Barrett’s wedding on Valentine’s Day of last year. "Just a lovely couple and for this tragedy to happen, it just breaks my heart."

The Barrett’s were talking about and still celebrating their one-year wedding anniversary at the restaurant with friends before they were killed.

"The love they had for each other, oh this just breaks my heart. For both of them to get married together, you know like they say, 'til death do you part, and then they're here, and they die together, it’s wrong. It’s a tragedy," Kearney said while crying.

The couple leaves behind children, grandchildren, and a host of people who love them. One of Ann’s daughters is pregnant and just had a gender reveal party last week.