Tour of Citizens Bank Park in Philadelphia during World Series

The World Series resumes in Philadelphia at Citizens Bank Park. Take a look around.

PHILADELPHIA - Houston Astros ace Justin Verlander was caught flipping the bird after getting it shown to him by a Phillies fan as the team’s bus entered Citizens Bank Park prior to Game 3 of the World Series on Monday night.

With the game pushed to Tuesday night due to inclement weather, Stephanie Di Ianni, a longtime Phillies fan from Egg Harbor Township, N.J., returned to that spot when the Astros’ bus pulled into the parking lot to do the same exact thing, and Verlander loved it.

He loved it so much that he walked over to Di Ianni after he got off the bus this time. 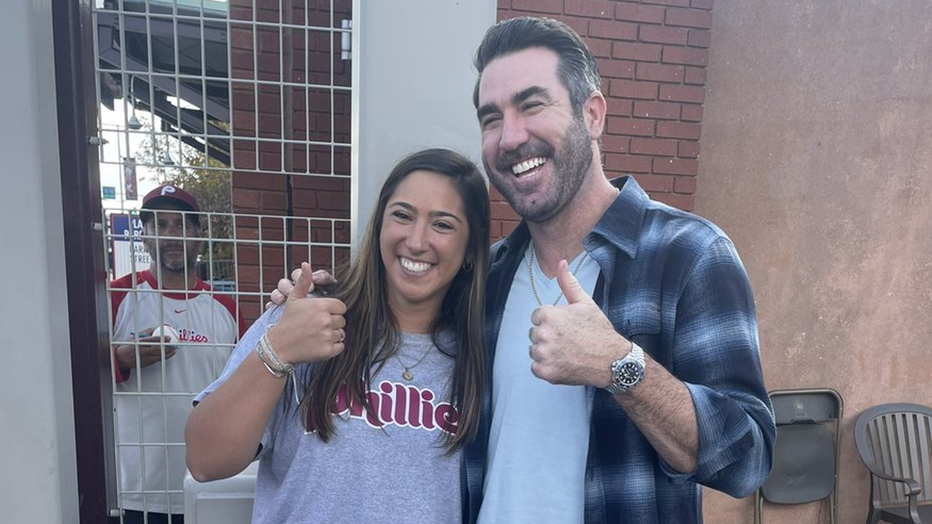 "Yesterday when the Astros’ bus was pulling into Citizens Bank Park, I was playing around, giving the finger to the whole bus and JV just happened to be the one to see it, so he played along and gave it back to me," Di Ianni told Fox News Digital. "Then, it happened all over again when he got off the bus. I called his name, waved, then gave him the bird again.

"So today, I went to the same place at the same time and he immediately recognized me from the bus window and started laughing. Then, when he got off the bus, he had a huge smile on his face and he came right up to me and signed a ball for me and posed for a few pictures.

"He was super cool about it, he was the one that initiated the photos too and he had a great sense of humor with it."

Verlander told reporters that he was "saying hello in their native tongue" when explaining the initial video, which looked like the gesture was rude. Flipping the bird to someone usually is. But neither Verlander, nor Di Ianni and the other Phillies fans, took offense to it. 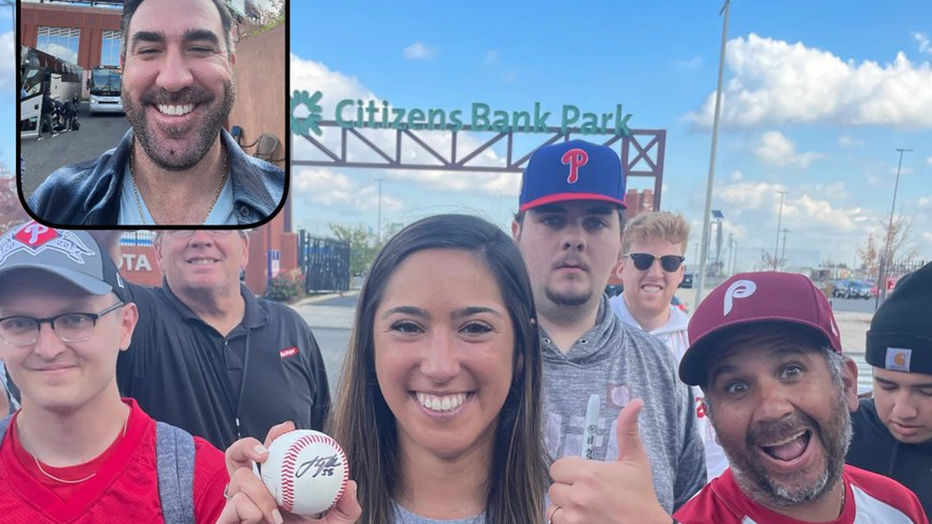 In fact, Di Ianni said it was Verlander’s first instinct to flip the bird again for one of the pictures. He even signed a ball for Di Ianni before heading into the ballpark.

"I honestly just was enjoying the moment being the typical Philly fan and the fact the was able to take it and dish it out made it all the more better," Di Ianni said. "And for him to get off the bus and come over to me shows what kind of person he is. He was all smiles."

Now, don’t get it twisted: Di Ianni isn’t rooting for Verlander to do well on the field. That’s what the bird was for, as she’s hoping her Phillies get their first World Series victory since 2008.

Though manager Dusty Baker hasn’t made the decision publicly just yet, Verlander should be scheduled to pitch Game 5 in Citizens Bank Park on Thursday night. He was hit hard for five runs in Game 1 that resulted in a loss despite his offense picking him up and sending the game to 10 innings. J.T. Realmuto of the Phillies would hit a solo home run to win the game, 6-5, in the end.

Di Ianni respects the veteran right-hander for having some playful banter and hand gestures in this World Series matchup, but there will be more than just her in The Bank rooting against Verlander for real when he gets handed the ball. 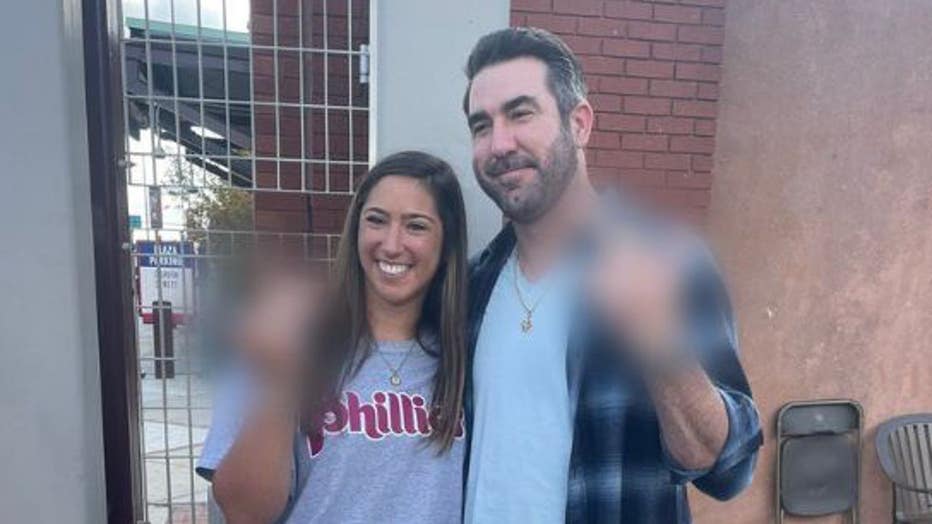 "I think all of Philly is gonna be electric and go after him, naturally," she said. "I don’t know if he’s ready to handle the Philly crowd, so it’ll definitely be a good game for both teams."

The Phillies blew out the Astros in Game 3, 7-0, behind five home runs, including a two-run bomb from Bryce Harper, to take a 2-1 lead in the best-of-seven series.