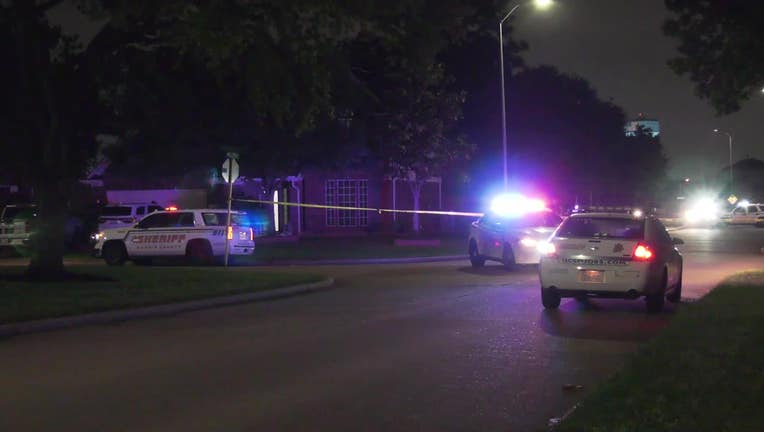 Deputies responded to a shooting on N Trafalgar CT.

HOUSTO - Authorities say two men were shot by someone who opened fire from a car outside of a home in northwest Harris County.

The sheriff’s office says a man who lives at the residence and his two nephews returned home from a bar and met with the vehicle out front.

According to the sheriff’s office, multiple people were in the vehicle, but it’s unclear how many of them were shooting.

Deputies have not released a description of the suspect or the vehicle.

The sheriff’s office says they will speak with witnesses and review video.