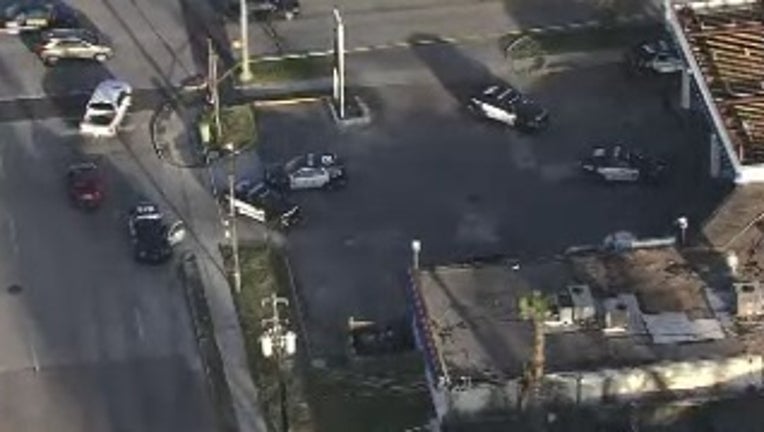 Photo from the scene via SkyFOX.

HOUSTON - Houston police are on the scene of a deadly shooting in southeast Houston.

Details are very limited, but authorities said the shooting occurred just after 4:30 p.m. on the 8900 block of Broadway at a gas station.

When the officers arrived, they found one person was killed.

The suspect fled on foot.

This is a breaking news story. We'll update with any additional information as we receive it.