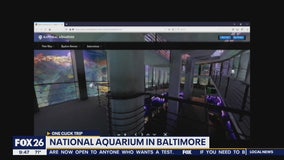 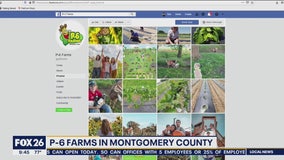 Outdoor H-Town P-6 Farms in Montgomery County will open May 20 for families to enjoy their seasonal events. Pick your own blackberries, and produce or shop in the farmers market, they also offer a Sunflower field as a way to escape and enjoy the gorgeous blooms. The farm is opened Wednesday to Sunday with the Sunflowers open Friday through Sunday. Tickets start at 8 dollars. https://www.p-6farms.com/ Picnics in the City is back open for business and offers a unique way to stay outdoors but still have a feel of a luxurious experience. You can check out the different types of picnics they offer online and choose your location outdoors. https://www.instagram.com/picnicsinthecity/ Haak Vineyards and Winery is offering outdoor seating and since there is lots of lands and space,there will be lots of room between people.The winery is opened daily from noon till 6 PM and they do ask to not come in large groups.https://www.haakwine.com/ 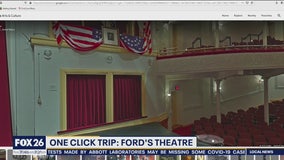 The Ford’s Theatre National Historic Site has virtual tours through google arts and culture. The theater celebrates the legacy of President Abraham Lincoln and explore the American experience through theater and education. During his 12th visit for a performance of Our American Cousin, Lincoln was shot and passed the next morning at the boarding house across the street. It has stayed closed for more than 100 years but later reopened in 1968 as a National Historic site and working theater. It is now available to experience this significant site, virtually. Users can stand in the middle of the theater and click through as if they were actually there. The site allow allows access to the halls around the theater that provide a lot of information. 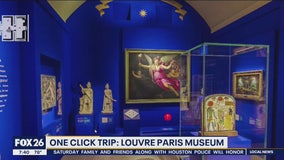 Feeling the need to travel? Chrisdayann Uribe takes us on a virtual tour of The Louvre in Paris. Explore the many exhibits of the worlds largest art museum in Paris. The Louvre Paris Museum is offering virtual tours of it’s rooms and galleries. It is one of the most famous museums in the world and even houses one of the most famous pieces of art, the Mona Lisa. There are plenty of its exhibits to choose from and around thirty five thousand paintings, sculptures and other artifacts. The site splits it up from virtual tours pf exhibits like the body in motion which is dedicated to the performing art and dance which shows the challenges for artists to show movement and different solutions to the founding myths of Hercules and Darth Vader. Learn about the inspiration for illustrators, sculptors, painters and musicians about how they brought them to life. There are also exhibits called power plays and Egyptian antiquities. The second part of the site has room descriptions and the history behind the beautiful magnificent areas. http://musee.louvre.fr/visite-louvre/index.html?defaultView=rdc.s46.p01&lang=ENG 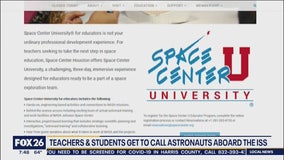 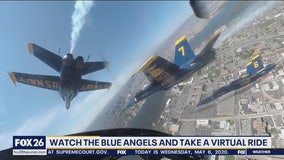 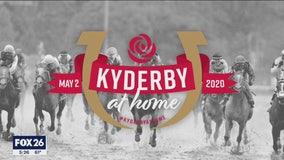 The Kentucky Derby Museum will have several virtual events on Derby Day to keep the spirit alive. They will feature a Triple Crown Showdown as 13 Triple Crown horses face off in a virtual race. There will also be interactive Kentucky Derby Party events at home like a derby cocktail and fascinator making virtual class. They will offer ideas for party decorations and even crafts for the kids. They will also have a Derby Fashion contest so don’t forget your fascinator or hat! Then join along for a virtual toast and a sing-long of the My Old Kentucky Home Song. 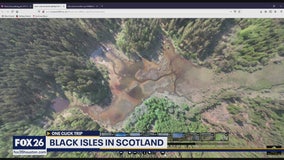 Experience Scotland right in your living room with a 360 panoramic view of the black isles! Check out the scenic views and wide open land. There are 15 different sky high views of the area to look at. It begins with a tour around Culbokie, which is a village of about 13 hundred people. The area overlooks several wood areas and greenery. Another view is of the Culbokie Loch and woods where you can see lots of wild animals and even a castle. Get a tour of the Findon Woods and look out at Shoretown and see miles and miles of Scotland and it’s land, hills and mountains. There’s several to pick from and explore. http://www.scotland360.co.uk/Virtual_Tours/Black_Isle/VTour/index.html 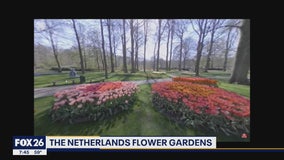 Experience a guide tour of tone of the largest flower gardens in the world in the Netherlands! Normally this area would attract one and a half million visitors during the 8 weeks they are in full bloom but since they are closed the site VR gorilla has captured it for people to experience online. There are over 7 million flower bulbs planet into the garden each year. The flower park, every year, dedicates to a specific them and the theme for 2020 is a World of Colors. You’ll certainly get to find that in this virtual experience. The virtual tour is also guided which gives great educational information on the flower gardens. https://www.youtube.com/watch?v=W3cpXzpWvpg 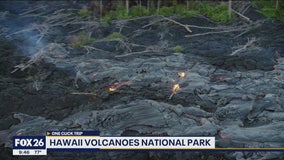 Explore the lands most active volcano from the inside in Hawaii. Google Arts and Culture is offering a 360 panoramic view of Hawaii Volcanoes National Park. As you enter you are in a rainforest surrounded by trees while standing on a bridge to hike to the lava tubes. The sounds of birds along with the running of water surrounds you as a park ranger explains about the ecosystem. Then users can enter the next tour which is the lava tubes and transports lava inside the volcanoes from the heart of an eruption. It can travels for miles and sometimes even reaches the sea. Which is where our next stop is at the Coast Cliffs where new land is added to the islands from lava that builds upon itself. The guided tour explains how the new lands effects the environment and attracts new species. Then the virtual tour continues on about a mile from the crater where lava is churning below. This part gets really neat as the site allows users to fly over an active lava vent. The site also gives a view of the 1959 eruption shooting fountains of lava or a second video to see the power of lava. https://artsandculture.withgoogle.com/en-us/national-parks-service/hawaii-volcanoes 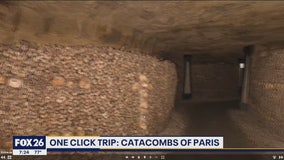 Head underground virtually to the Catacombs of Paris which holds the remains of more than 6 million people in a small part of a tunnel network. The site allows users to virtually walk through the tunnels. There are more than 200 miles of tunnels with some lined the ceiling with skulls and bones. It came about because by the 17th century enough people lived and died in Paris that the cemeteries were overflowing so as a solution they placed them in these tunnels beneath the streets of Paris. Now over a mile of the catacombs is open for visitors to explore which you can do virtually. You’ll get an up close look at how some of the bones are stacked. Some neatly arranged along the halls, others are in a pattern like crosses. It’s one of the spookiest attractions and you can visit online virtually and explore the bizarre history of this cemetery. : http://catacombes.paris.fr/visite-virtuelle/

Head underground virtually to the Catacombs of Paris which holds the remains of more than 6 million people in a small part of a tunnel network. The site allows users to virtually walk through the tunnels. There are more than 200 miles of tunnels with some lined the ceiling with skulls and bones. It came about because by the 17th century enough people lived and died in Paris that the cemeteries were overflowing so as a solution they placed them in these tunnels beneath the streets of Paris. Now over a mile of the catacombs is open for visitors to explore which you can do virtually. You’ll get an up close look at how some of the bones are stacked. Some neatly arranged along the halls, others are in a pattern like crosses. It’s one of the spookiest attractions and you can visit online virtually and explore the bizarre history of this cemetery. : http://catacombes.paris.fr/visite-virtuelle/ 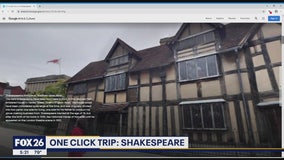 Take a look at all of the various Shakespeare Spots virtually. Explore the iconic places from the playwright’s life and the location said to have inspired him through Googles Art and Culture site. There are 9 different places beginning with his birthplace, Stratford-upon-Avon,. Another place the site shows is the theater in Shoreditch. It is the first permanent, purpose-built theatre in London that associated with Shakespeare. He wrote and performed as part of a theater acting company called the Lord Chamberlain’s Men. The site has more information on how the company had to take down the theater and move the materials across river Thames to make a new stage… This is the site of the next historic spot, the Globe Theatre. Another famous spot is the George Inn which is an Elizabethan-era public house where it’s been said that Shakespeare frequented often. There are plenty of different places that are significant to Shakespeare's life. https://artsandculture.google.com/story/FAJSp-8arH4fIgare 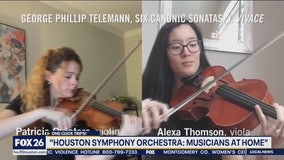 This virtual tour is like a musical snack for your ears. The Houston Symphony has virtual performances online with their livestreams: Musicians at Home. The most interesting part is they are able to perform duets virtually through the internet. One of the video is a beautiful song performed by a harpist and a cellist. Other Musician at Home performances include a father and son on the keyboard and singing a musical. A trio even performs outside in the neighborhood on a viola, violin and double bass. It’s a great way to get a behind the scenes look at the musicians especially with their families at home. The Houston Symphony also has other ways its audience can continue to connect to music virtually online including public broadcasts, lots of content like blogs and podcasts and even archived recordings. There’s lots for everyone including kids that can learn from the online musical lessons. Give it a go or just have the music playing in the background to lighten the mood! https://houstonsymphony.org/listenathome/ 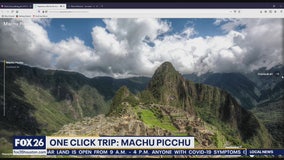 Chrisdyann Uribe takes us on a virtual trip tto Peru to experience on of the seven wonders of the world, Machu Picchu. 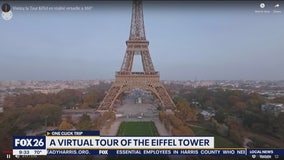 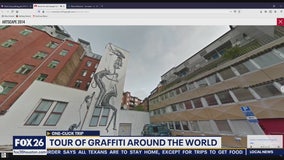 Chrisdyann Uribe takes us on a one click trip to view graffiti around the world. 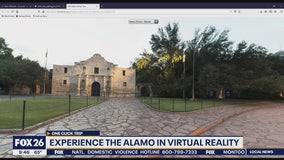 Chrisdyann Uribe takes us on a virtual tour of the Alamo.Experience Texas History by virtually visiting the Alamo. The Alamo dot org offers virtual walks around the historic monument to visit where the major battle took place between Texas and General Santa Anna leading Mexico. Relive the same area where the Mexican army attacked the Texans in a fierce war and managed to get inside the Alamo where they later won after killing every soldier in the fort. Even though Texas lost the battle they later were able to gain victory over Santa Anna at the Battle of San Jacinto which let to the rally cry “Remember the Alamo.” You can bring honor to the battle cry by virtually visiting this significant spot in downtown San Antonio. The site offers different views from the front of the shrine to the Monks burial Chamber, courtyard garden, fountain. There is over a dozen places on this site. www.thealamo.org/visit/grounds/virtual-tour/alamo-vtour/index.html 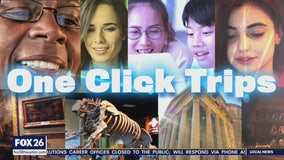 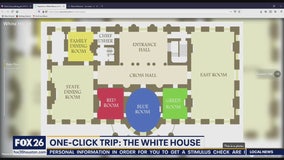 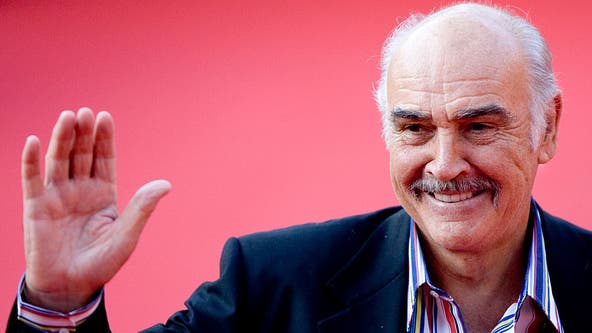 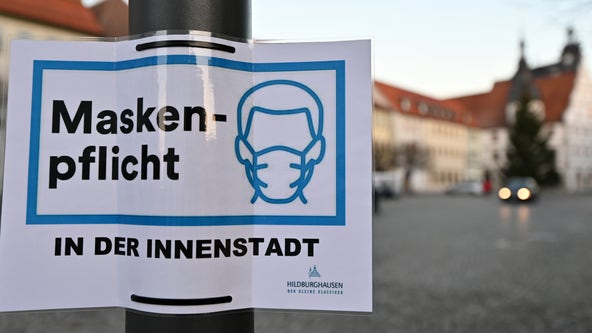 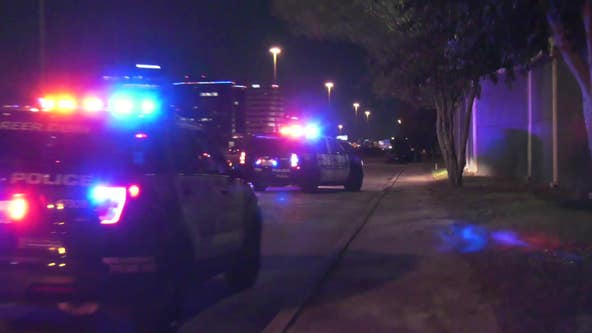