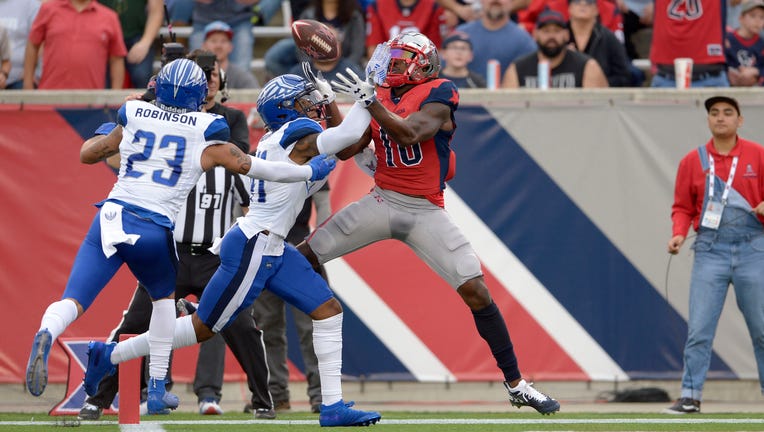 HOUSTON, TX - FEBRUARY 16: Sammie Coates #10 of the Houston Roughnecks goes up for a catch during the XFL game against the St. Louis BattleHawks at TDECU Stadium on February 16, 2020 in Houston, Texas. (Photo by Thomas Campbell/XFL via Getty Images)

HOUSTON - The Houston Roughnecks improve to 2-0 after defeating the St. Louis Battlehawks, 28-24.

The Roughnecks take the early lead with a 44-yeard field goal. The Battlehawks scored on a 30-yard run after the catch, taking the lead. A 33-yard pass set the Roughnecks up to score their first touchdown of the game. Cam Phillips caught the touchdown pass from PJ Walker allowing the Roughnecks to take back the lead. Roughnecks end the first quarter with the lead 9-6.

An interception by Cody Brown followed by a massive return ending on the 1-yard line sets the Roughnecks up to extend their lead in the second quarter. The Roughnecks scored with a short run. 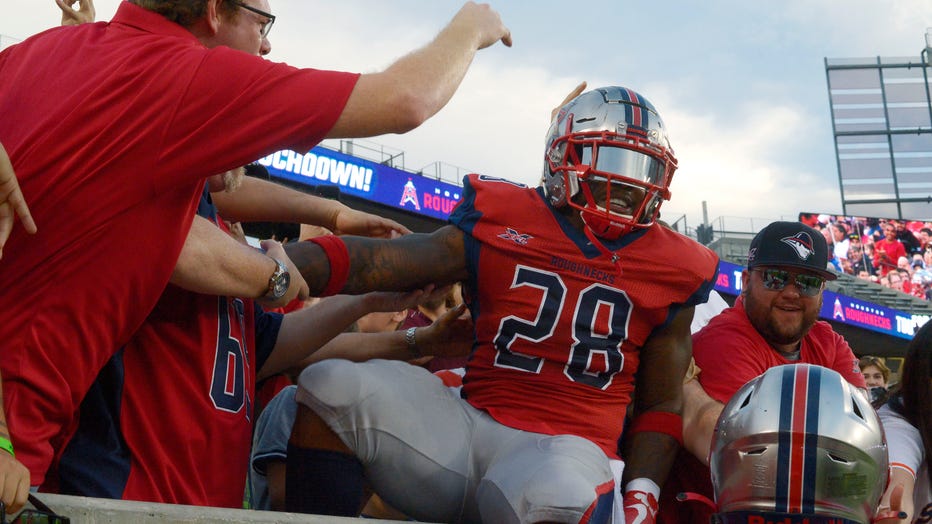 HOUSTON, TX - FEBRUARY 16: James Butler #28 of the Houston Roughnecks celebrates with fans during the XFL game against the St. Louis BattleHawks at TDECU Stadium on February 16, 2020 in Houston, Texas. (Photo by Thomas Campbell/XFL via Getty Images)

WR Cam Phillips catches a floater to give the Roughnecks a second touchdown in the second quarter.  The Roughnecks were assessed a significant penalty after Phillips took off his helmet following his touchdown catch. The Roughnecks headed into halftime up 21-6.

The Battlehawks opened the fourth quarter with strong drive down the field. It was thwarted by defensive back Jeremiah Johnson who intercepted a pass at the Roughnecks 30 yard line and returned it to the Battlehawks 10 yard line.

Quarterback P.J. Walker tossed a short pass to Cam Phillips to score in the fourth quarter. Walker ran in an extra point extending the Roughneck's lead to 28-18.

The Battlehawks scored a touchdown with just 1:41 left in the game and missed the extra point. Roughnecks still lead the Battlehawks, 28-24.

The Houston Roughnecks improve to 2-0 after defeating the Battlehawks, 28-24.