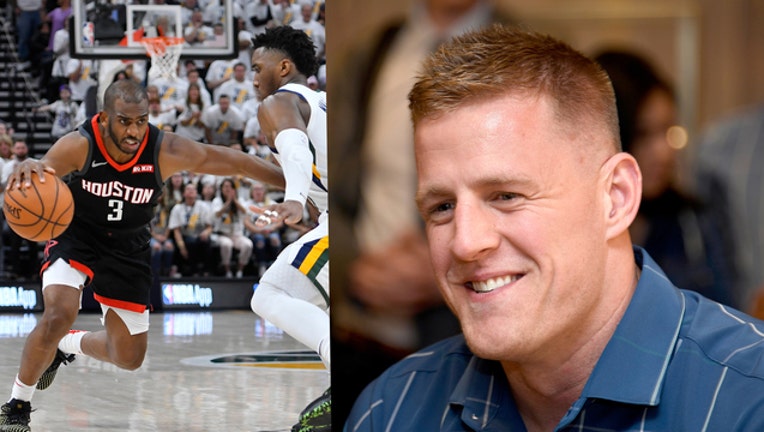 HOUSTON (FOX 26) - While James Harden will be reunited with former MVP guard Russell Westbrook following the announcement of Chris Paul being traded to Oklahoma City Thunder, it looks like Houston Texans' J.J. Watt is going to miss Paul.

"Gonna miss you @CP3," Watt tweeted shortly after the announcement.

"Not many people know, but CP was literally the first celebrity to reach out and donate to the hurricane fundraiser," he said.

Watt went on to say,"He had just recently been traded to Houston, called up and said he wanted to help. Very first one. Absolute legend."