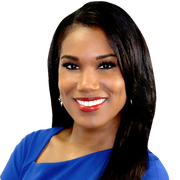 Denise Middleton is a hometown girl, born and raised in southwest Houston. She is excited to join the FOX 26 News team as the weekend morning anchor and reporter. Denise was first inspired to become a journalist growing up in Houston. She’s a proud graduate of James Madison Senior High School and the University of Houston. She was a recipient of several local scholarship programs, such as the Evan E. Worthing Scholarship Fund, the Linda Lorelle Scholarship Foundation and the Soul Patrol Scholarship Program, a program supported by former presidents George H.W Bush and Bill Clinton. During her senior year of high school, she was chosen to deliver the keynote speech at a fundraising gala for Soul Patrol, with former president George H.W. Bush and former first lady Barbara Bush in attendance. It was then, that she gained the confidence to continue to pursue a career in broadcast journalism. Denise landed her first job as a general assignment reporter in Hastings, Nebraska. From there, she headed south to Shreveport, Louisiana, where she worked as a morning anchor and reporter. Denise comes home to FOX 26 Houston after spending five years as an evening anchor in Little Rock, Arkansas. She helped lead team coverage of Arkansas’ controversial executions of multiple inmates in 2017. She has also covered many natural disasters from tornados to winter storms throughout her career. Denise is a member of the National Association of Black Journalists. In her spare time, she enjoys volunteering, mentoring, watching movies, cheering on the UH Cougars at all of their sporting events and spending time with her husband and children. She’s thrilled to be back home and looks forward to spending time in the local communities and sharing the stories that matter most. If you have a story idea to share, she’d love to hear from you.

Officer Ruiz allegedly stopped the victim's vehicle earlier this month before coercing her to engage in a sexual act while he was on duty. 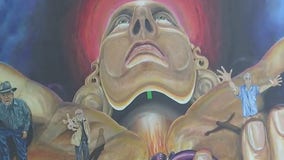 FOX 26 in Focus is celebrating Houston's diversity with a look at the variety of artists, and venues available for anyone and everyone to experience.