Houston mother asks for answers in daughter's murder at vigil

A 25-year-old mother was shot and killed at a balloon release in December 2021, and the victim's mother is still looking for answers.

BAYTOWN, Texas - A Houston-area mother hopes you will help her get justice for her daughter who was tragically killed while attending a balloon release just before Christmas.

The shooting was absolutely unthinkable. Dozens of people were there to celebrate the life of a man who was shot and killed in Baytown and as families gathered for the vigil someone opened fire on the crowd, killing a young mother, 25-year-old Disha Allen.

Since that horrific day in December 2021 when Goudeau’s daughter was shot and killed, life hasn’t been the same.

"It’s been like a nightmare. It’s like I’m trapped. I feel so lost," Goudeau says with tears streaming down her face.

Disha Allen was a mom herself to her special needs daughter, Kennedy. On December 12, 2021, the 25-year-old was with 100 others gathered on North Market Loop at Thompson Road in Baytown for a balloon release to remember a young man who had just been shot and killed. The vigil was full of women and kids. 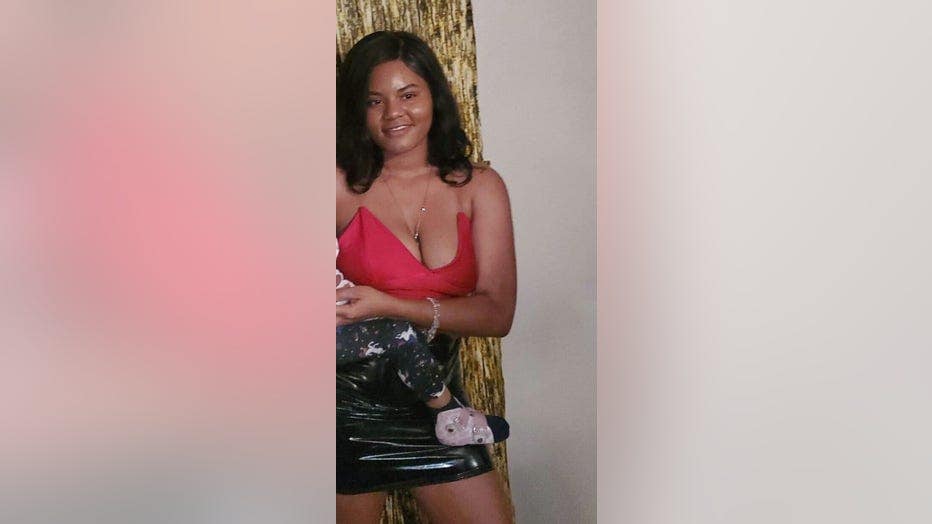 "It was a large gathering and everything, with children and families and stuff like that and the food truck was right here," Detective Alfred Vera with the Harris County Sheriff’s Office points out while explaining the scene.

Vera tells us there was also a bouncy house and shortly after the balloons were sent into the air, surveillance video showed several men drive up in a small black sedan and open fire with an assault rifle and handguns.

13 people were shot, leaving kids as young as 10 injured.

"They took Disha away from me. She was loyal. She was career-driven. She was a good mother. She put a Christmas tree up a couple days before she was taken from us. That tree is still up. What I would give to smell her scent, to touch her, to have another moment, but I can’t, so I’m holding on in every way possible," says Goudeau.

"We know that somebody does know who was involved with this. It’s very important that we have somebody come forward and give us some information as far as who was involved with this horrific incident. For someone to come by and just unload gunfire like nothing, it should tell the public these are some dangerous individuals that need to be caught and brought to justice," says Detective Vera.

The car the shooters used was found burning just down the street. If you know who opened fire on the crowd at that balloon release in Baytown, there is a $5,000 reward.

MORE SAVE OUR STREETS COVERAGE

As we look for solutions to Save Our Streets, Detective Vera says crimes can't be solved without the public’s help. He says turning in criminals means a safer city and is a way to get the crime rate down because if left on the street, criminals typically continue to commit more heinous crimes. Remember you can call and report information anonymously at Houston Crime Stoppers (713) 222-TIPS.