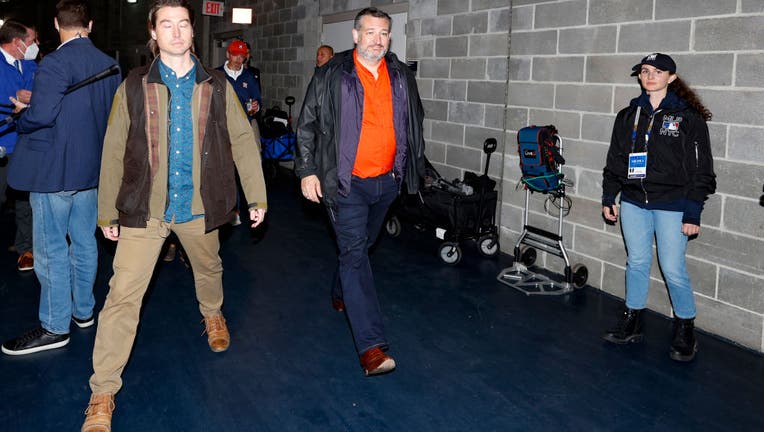 U.S. Sen. Ted Cruz (R-TX) is seen following game four of the American League Championship Series between the New York Yankees and the Houston Astros at Yankee Stadium on October 23, 2022 in the Bronx borough of New York City. (Photo by Sarah Stier/Ge

NEW YORK - Texas Senator Ted Cruz did not receive a warm welcome from some baseball fans at Yankee Stadium on Sunday night.

Videos posted to social media show Sen. Cruz in the stands at the Houston Astros vs. New York Yankees American League Championship Series game while boos and heckling are heard from the crowd.

In one video, Sen. Cruz poses for a selfie with a man while someone else yells out "racist piece of ****". Yells of "woman-hater" and "go back to Cancun" can also be heard.

The New York Post shared a photo on Twitter of the senator wearing orange and waving in the stands as "Yankees fans flip off Ted Cruz at Yankee Stadium."

The senator also told TMZ Sports that he didn't have hard feelings toward the Yankees fans over the incident.

The Astros won Sunday night's game against the Yankees to sweep the championship series. Houston will face the Philadelphia Phillies in the World Series beginning Friday night.