Texas hit a record high of more than 11,992 COVID-19 patients in hospitals on Wednesday.

AUSTIN, Texas - As state leaders push hospitals for quicker vaccinations against COVID-19, health officials acknowledge Texas some shipments have been delayed or needed to be replaced, and some providers report they don’t yet have enough to start giving shots to the next round of eligible patients.

Some vaccine shipments expected last week were late, and providers didn’t receive them until Monday or Tuesday this week, a spokeswoman for the Department of State Health Services said.

The Texas Hospital Association said Wednesday that several shipments of the Moderna version of the vaccine had to be set aside and replaced because of concerns that cold storage requirements had been compromised. Moderna officials did not immediately respond to a request for comment.

A spokesperson for the Secretary of Defense, which is overseeing seeing the Trump Administration’s vaccine rollout, confirmed there have been temperature problems with some deliveries.

"Operation Warp Speed is tracking a few incidents of temperature readings outside the acceptable threshold," the statement said. "In every instance, the process worked — the shipment was inspected and replaced, as needed. We are confident in the integrity of both the safety measures and contingency plans in place to overcome this type of event."

David Matthews, a spokesman for McKesson Corp. that is distributing the Moderna vaccines, said the company followed federal Centers for Disease Control and Prevention protocol for replacement orders. 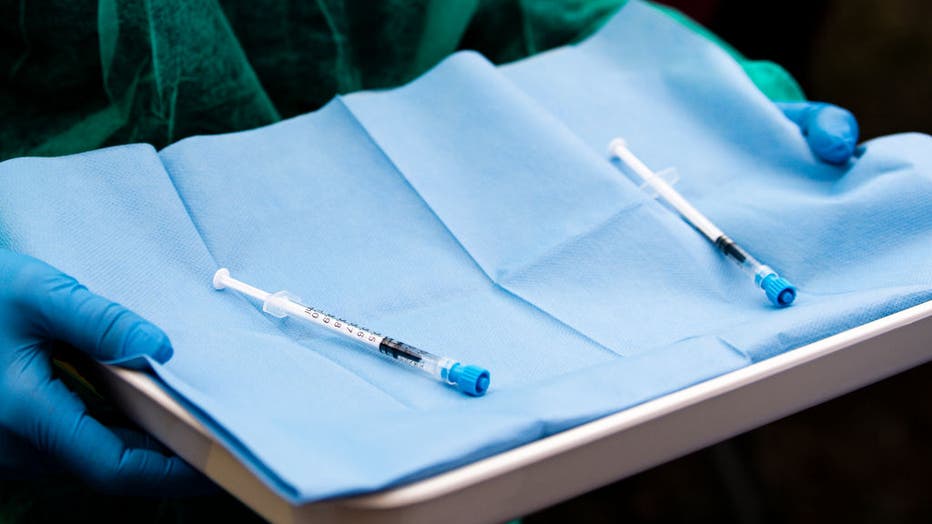 At least one hospital group, Ascension Seton in Austin, said Wednesday it has distributed about 10,000 vaccines to area healthcare workers and first responders, but will remain focused on that group and will start with the next phase of eligible patients "when supply allows."

In a letter to vaccine providers Tuesday, state Health Commissioner Dr. John Hellerstedt said they could start giving vaccines to people 65 or older and in other designated high-risk categories. Hellerstedt and Gov.  Greg Abbott urged hospitals to give shots as quickly as possible and suggested some might be withholding doses.

The Ascension hospital group "does not hold any COVID-19 vaccines in reserve," spokeswoman Danielle Hall said.

According to state health figures, Texas had received nearly 679,000 vaccine doses by Tuesday and about 205,000 Texans had received at least one round.

The comments from Hellerstedt and Abbott, however, show mounting frustration the numbers aren’t bigger. But Abbott, a Republican who has been buffeted with criticism from Democrats and from within his own party on the state’s coronavirus response in 2020, has said little in recent days about the vaccine rollout outside of a Tuesday tweet that no doses should be held in reserve.

Texas "urges providers to swiftly vaccinate as many people as possible from the at-risk groups rather than these live-saving vaccines and medications sitting on shelves," Eze said.

Houston city leaders are urging the public to avoid large gatherings ahead of the New Year's Eve holiday to prevent the spread of COVID-19.

Officials in some of the state’s largest cities were ramping up efforts to prevent virus spread over the New Year’s holiday.

In Harris County, which includes Houston, residents received an alert they should cancel all gathering and should not celebrate the holiday with anyone outside of their household.

In Austin, officials moved to tamp down social gatherings and parties with new limits on dine-in and drink service at restaurants and bars.

Under the order, any venues serving food and drinks will not be closed entirely, but will be limited to drive-thru, curbside, delivery or take-out service from 10:30 p.m. to 6 a.m. each night from Thursday until Sunday morning.

The order also drew a swift rebuke from the governor and Attorney General Ken Paxton, who sued the city and Travis County to rescind it.

In a letter to city and county officials, Paxton said the order improperly restricts business hours in violation of a previous order by the governor. The Texas Restaurant Association also called it unfair restriction on business.

"We are now facing our most dangerous surge prospects," Adler said.

Adler said city attorneys were consulted on the Austin order. Travis County Judge Andy Brown called it the "most narrowly tailored thing we could think of."
—-
Acacia Coronado is a corps member for the Associated Press/Report for America Statehouse News Initiative. Report for America is a nonprofit national service program that places journalists in local newsrooms to report on undercovered issues.