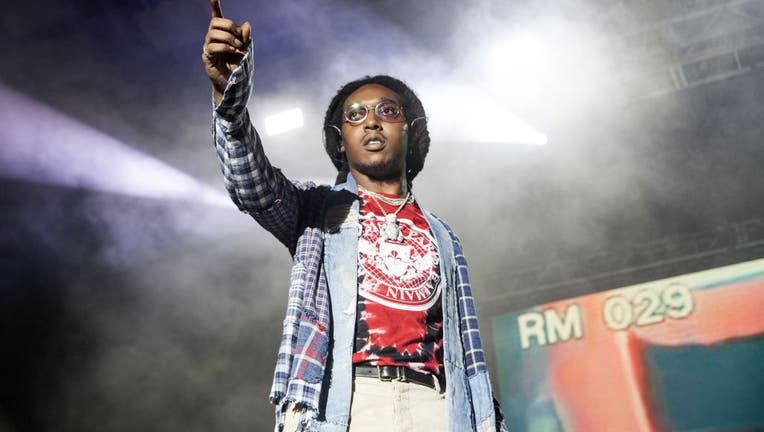 As FOX 26 has reported, Patrick Clark has already been charged with murder in connection to the shooting that occurred in the early morning hours of November 1. 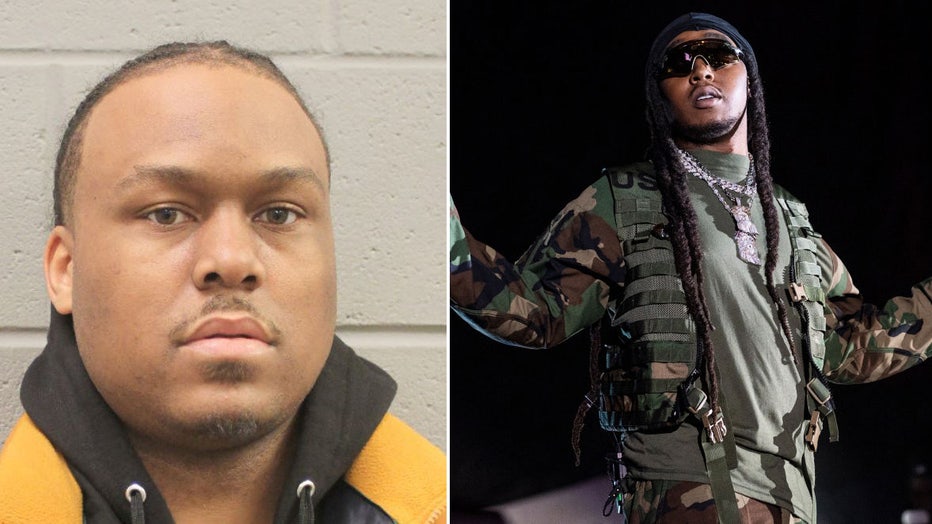 The warrant stated that a private party was being held at 810 Billiards and Bowling. Around 1 a.m., staff members attempted to close the business at their regular time, but they had difficulty getting approximately 40-50 people outside the business.

About an hour later, the warrant stated that most people went outside in front of the bowling alley, and a large group of people congregated near the front doors when a disturbance ensued and gunfire erupted among the group.

Takeoff was shot twice, once in the back and once in the head. He was pronounced dead at the scene.

Additional video evidence obtained showed that "Quavo" and those two younger men had all been involved in a dice game inside the bowling alley and the investigation indicated that they were arguing outside because the two young men had won money in the game.

After an initial physical confrontation between the two groups, (Joshua appears to be struck by an individual later identified as Willie Bland, who an investigation revealed was associated with "Quavo"), two different males can be identified as firing weapons from different directions during the incident, one of which is Willie Bland.

Takeoff from the Migos killed in Houston

Migos rapper Takeoff has died at the age of 28 after a shooting in Downtown Houston. Takeoff — whose name was Kirsnick Khari Ball — was part of the rap trio Migos along with Quavo and Offset. Takeoff and Quavo were attending a private party at 810 Billiards & Bowling in the 1200 block of San Jacinto Street.

The search warrant stated that the investigator reviewed a forensic lab report, which indicated that nine of the .40 caliber casings had been fired from a single weapon while a 9 mm casing was fired from a different weapon.

The warrant stated video evidence showed a large Black male, identified as Bland, was one of the men firing a gun. However, the trajectory taken by any bullet fired from his location at the time was not consistent with Takeoff's injuries given Takeoff's body positioning during the duration of the shooting.

Documents stated that Patrick Clark, who police had already developed as a possible suspect, also pulled a gun and fired multiple rounds in the direction of Takeoff before Takeoff fell to the ground.

Surveillance from inside the bowling alley showed that he was carrying a semi-automatic handgun when he went back inside. During the actual shooting, Clark was holding a wine bottle in one hand while he discharged the firearm with the other. Immediately after the shooting, Clark ran over by the House of Blues, where he set the wine bottle down and never came back for it. Fingerprints were later tested on the bottle and determined to be Clark's.

Clark was arrested by the Houston Police Department Gang Division during a traffic stop.

During his arrest, records stated that Clark was found to be in possession of a .45 caliber handgun in his waistband.

The investigator attempted to talk with Clark, but he declined to make a statement.

Clark was later taken to the Harris County Jail.

Bond for Clark has been set at $2 million, and he is expected back in court on December 14 for a bond hearing.