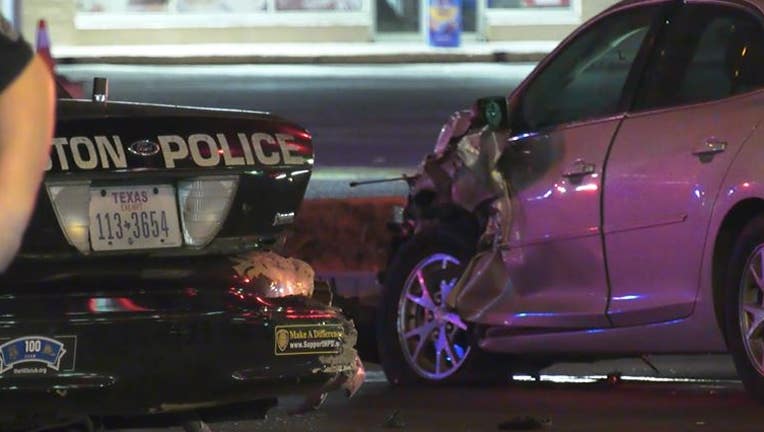 HOUSTON - A suspected drunk driver was arrested overnight Sunday for crashing into two cars, one of them a patrol vehicle for the Houston Police Department in north Houston.

Officials say an HPD patrol officer was responding to a call around 3 a.m. when they were stopped at a red light north on Aldine Dr. and Little York Rd. in Acres Homes. An SUV with a woman inside was also at the light next to the officer. 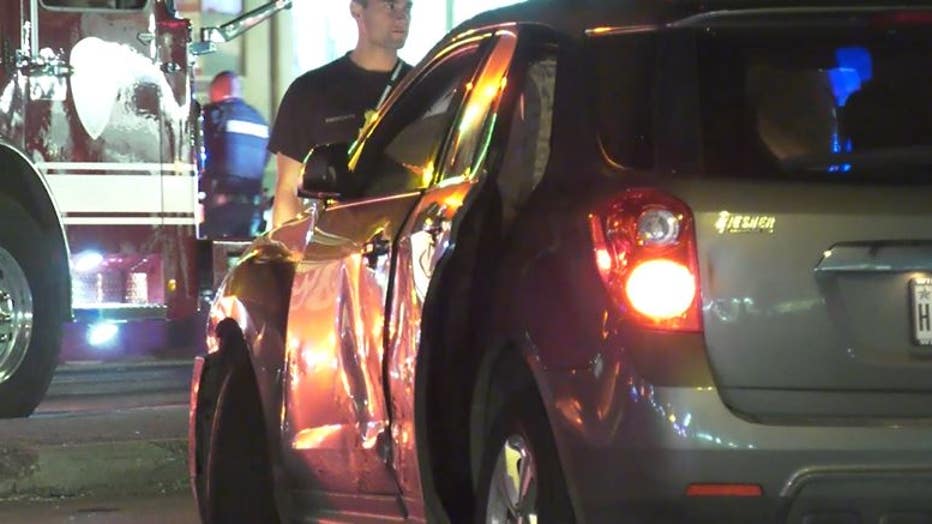 That's when police say an unidentified driver heading northbound on Airline crashed into both the HPD patrol vehicle and the SUV.

The officer was not injured, but the woman in the SUV suffered non-life-threatening injuries. We're told she had enough strength to walk into the ambulance without assistance. 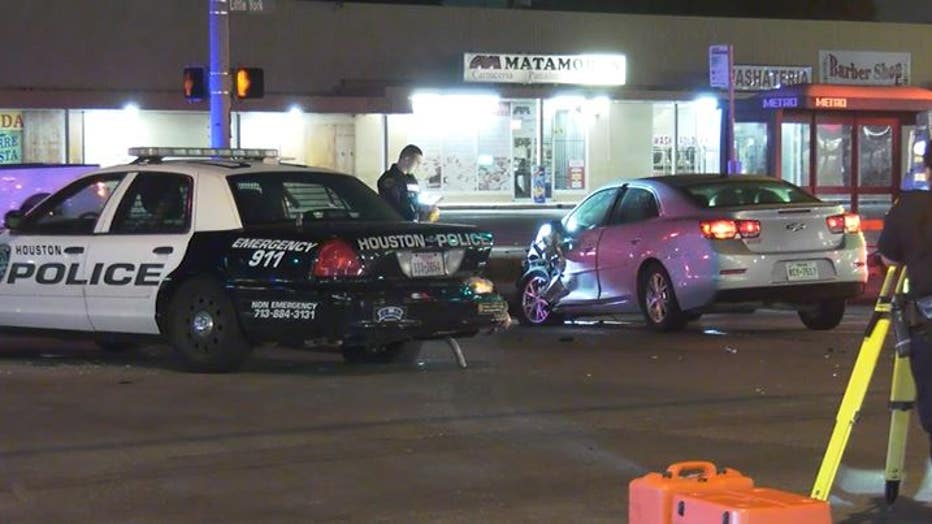 Police say the driver who initiated the crash, who was only identified as a man, was not injured nor did the male passenger in his car. The driver was taken into custody for suspected DWI.

No other information was released, as of this writing, but an investigation remains underway. 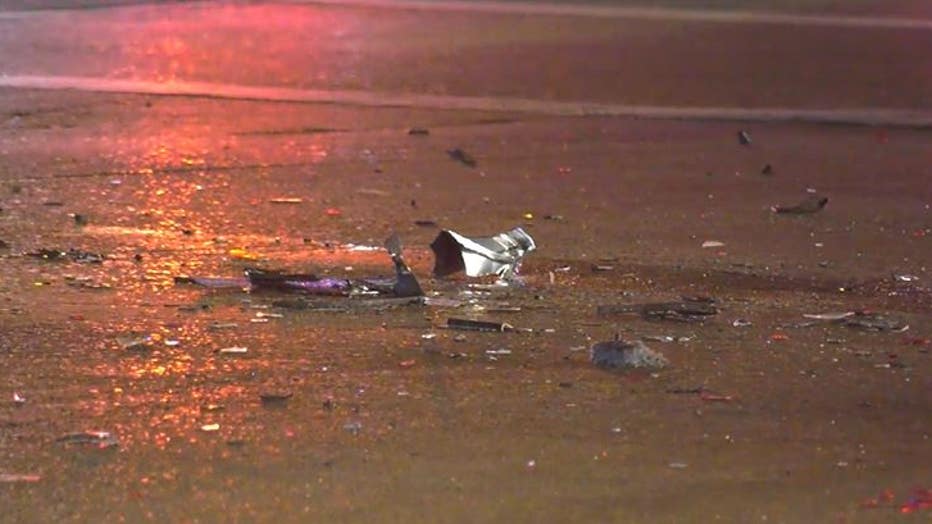