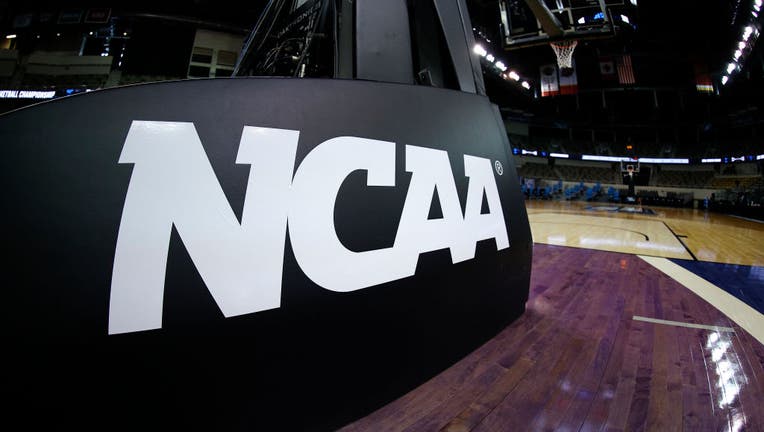 The NCAA logo is seen on the basket stanchion before the game between the Oral Roberts Golden Eagles and the Florida Gators in the second round game of the 2021 NCAA Men's Basketball Tournament at Indiana Farmers Coliseum on March 21, 2021 in Indiana

Legislation surrounding compensation for college athletes are gaining steam across the U.S, including Texas.

There are two bills being discussed in the state legislature.

The bill gaining the most attention is Senate Bill 1835 and if passed Texas would join eight states that have approved similar measures.

On Wednesday, elected officials in the State Senate passed SB1835, it will now be debated in the House.

Many concerns were brought up in Wednesday’s session.

"If we did not pass this legislation, Texas would be the only state in the Big 12 and one of only two states in the SEC," said Senator Brandon Creighton, R-Conroe.

Recruiting for Texas universities now in jeopardy. Many are concerned about the implications if the bill is not passed.

"If Texas waits another two years to address the issue, we will see hundreds of Texas’ best high school athletes potentially choose to take their talent to other states," said Creighton.

Former Texans player Chester Pitts telling FOX 26, it's about time college athletes get a piece of the pie.

"The PAC-12 and all the different conferences now have billion dollar deals to broadcast the game on TV, so it’s only fair that the people doing the labor get a fair piece," said Pitts.

FOX 26 spoke with a compliance officer with Rice University, he says it’s an exciting time as this will open many doors for college athletes.

"You can think about endorsement, that's a big one," said Taurian Houston. "The ability to host camps and clinics on their own."

The NCAA is looking to Congress for help in the form of a federal law that would supersede state laws.