FOX 26 Reporter Sherman Desselle spoke with the adoptive father and son about the search for World Series tickets and why.

HOUSTON - Bob Vaughn shares a special baseball bond with his son, Ryan. They attend any Astros-Phillies game they can. It's a promise made to his son's biological father when they adopted him in Houston in 2001.

Ryan was one of three children Bob and his wife adopted starting in 1999. All of them are from Texas - the one state that made the process easier for them at the time.

"It was back in 1997, 1998 when we started this process, and it was a rollercoaster ride," says Vaughn. "The agency in Austin really helped us, so we fell in love with Texas."

When it came time to adopt Ryan, Bob would have the opportunity to meet both of the baby's birth parents.

Ryan's biological father claimed to be a diehard Astros fan. He mentioned to Bob that he always dreamed of taking a child of his own to a game in Houston.

"As a father, that choked me up," says Vaughn. "I said to him, "I can promise you this. He can be an Astros fan, but he will be a Philadelphia Phillies fan first, and then Astros second!" 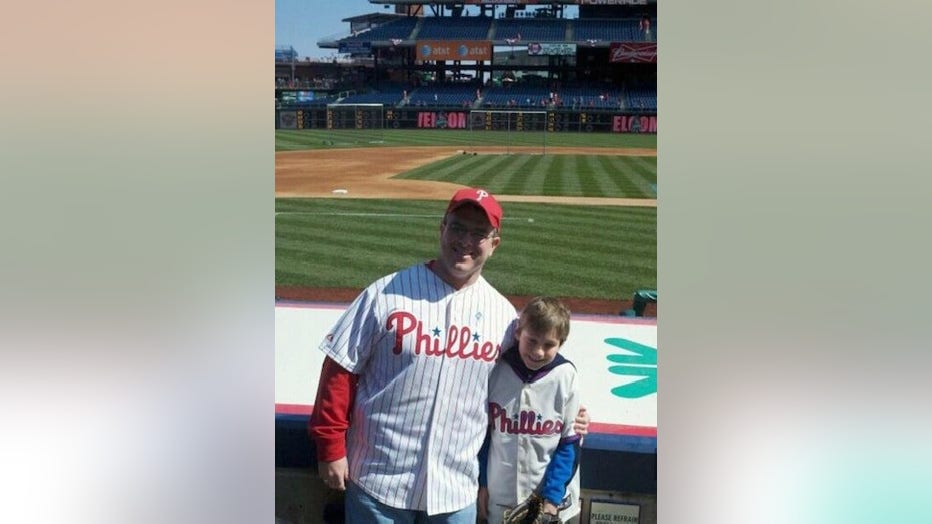 Bob Vaughn and his son Ryan attending a Phillies game in April 2011.

He also promised to get Ryan to an Astros-Phillies matchup whenever he could. It started in 2002 in the old Veterans Stadium and has continued for nearly two decades at Citizens Bank Park.

"It hasn't always been easy getting tickets, especially with the things that have been happening in the world these last couple of years," says Ryan Vaughn. "I think it's really awesome, and I probably don't give him enough appreciation for it as I should."

Ryan started as a Phillies fan, but eventually became devoted to his roots. Bob also bought him a Nolan Ryan throwback jersey. The Phillies father also is determined to keep the promise made to Ryan's birth dad so many years ago. 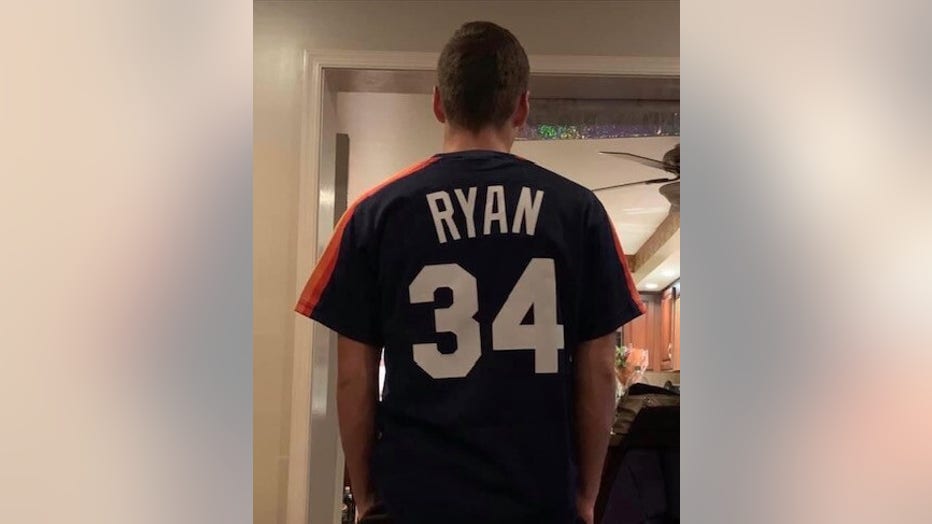 "Baseball is so important to me, and it is a father-son thing," says Vaughn. "Every time I walked in (the stadium) I always thought of him, thanked him, and was blessed that I was taking my own son to the game."

Rory Hall, Executive Director of Adoption Advocates in Austin, says Bob and his wife were some of her first clients. The agency was founded by her mother, Jane Hall.

"We really do try to instill into our adoptive parents the importance of bringing a child's heritage and culture into their life," says Hall. "The fact that he made a promise to his birth parents, and he has held true to that, I think means a lot." 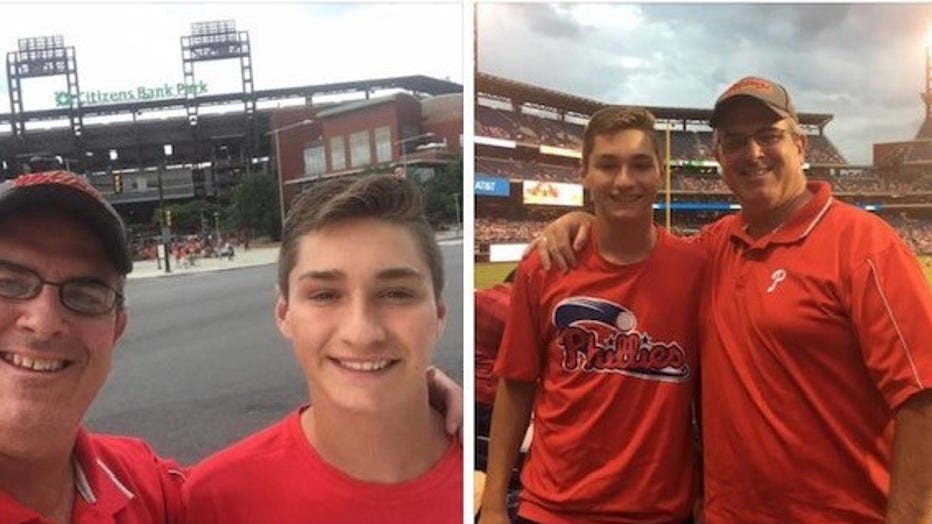 Bob and Ryan Vaughn pictured at a Phillies-Astros game in 2017.

As for predictions, Bob has confidence that Philadelphia will close it out in five games. His son Ryan thinks the Astros will become World Series Champions in seven.