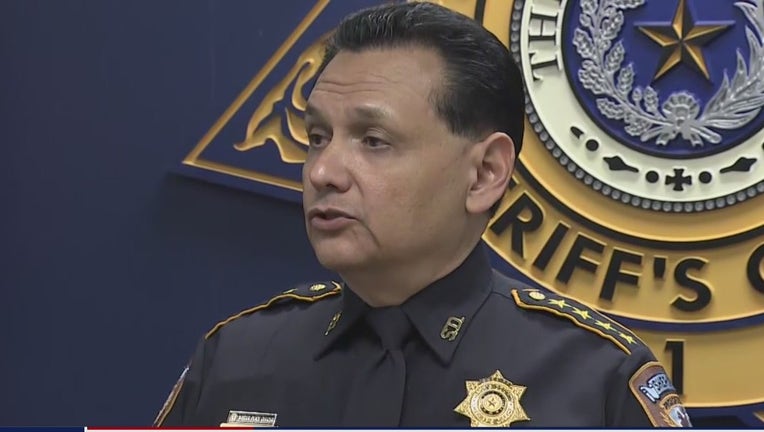 WASHINGTON - The nomination of Harris County Sheriff Ed Gonzalez to lead ICE, the U.S. Immigration and Customs Enforcement agency, is now on hold.

The committee overseeing his nomination is delaying a vote after allegations of domestic abuse were raised by a Republican senator.

The alleged abuse was said to have occurred several years ago.

The unsubstantiated claims surfaced in an affidavit that was filed in an unrelated case last summer.

Both Gonzalez and his wife have continuously denied the incident ever happened and reportedly reconciled. No charges were ever filed.

In April 2021, Pres. Joe Biden nominated Gonzalez to serve as director of ICE, which has been without a Senate-confirmed leader since 2017.

But, the Senate failed to confirm the nomination before the end of the year, so he was nominated again in January.

If confirmed in 2022, Gonzalez will oversee an agency with more than 20,000 employees and an annual budget of $8 billion. It manages the world’s largest network of immigration jails and includes Homeland Security Investigations, which looks at a wide range of international crimes including money laundering, antiquity theft, child pornography and human smuggling.

Sheriff Gonzalez leads the largest sheriff’s office in Texas and the third-largest in the U.S. He was elected sheriff in 2016 and was elected for a second term in 2020.

Harris County Commissioner's Court would be tasked with appointing someone to serve as sheriff if Gonzalez becomes ICE Director.