HOUSTON - The holidays are a time for families and loved ones to enjoy time together, but unfortunately, some are not able to get that time. So Santa and Mrs. Claus made a visit to the hospital to bring some cheer to their tiniest patients.

Saint Nick himself along with his darling wife Mrs. Claus took the time to visit HCA Houston Healthcare Clear Lake to bring some holiday cheer to their neonatal intensive care unit (NICU) babies.

NICU nurses at the hospital threw a pre-Christmas Polar Express Day for NICU families. The hospital says each patient received a ticket, a Believe bell, a Polar Express book, a knit hat, and got to take photos with Mr. and Mrs. Claus. 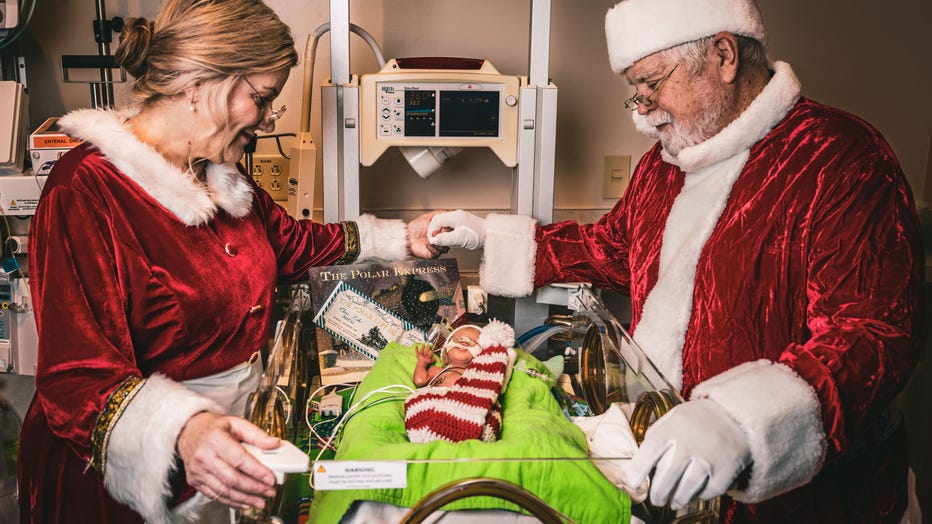 Newborns being entered in NICU can be required because the baby was premature, their weight, or other medical issues. They receive around-the-clock care from hospital staff.

Due to the little ones being unable to come home, many parents can miss out on those memories. 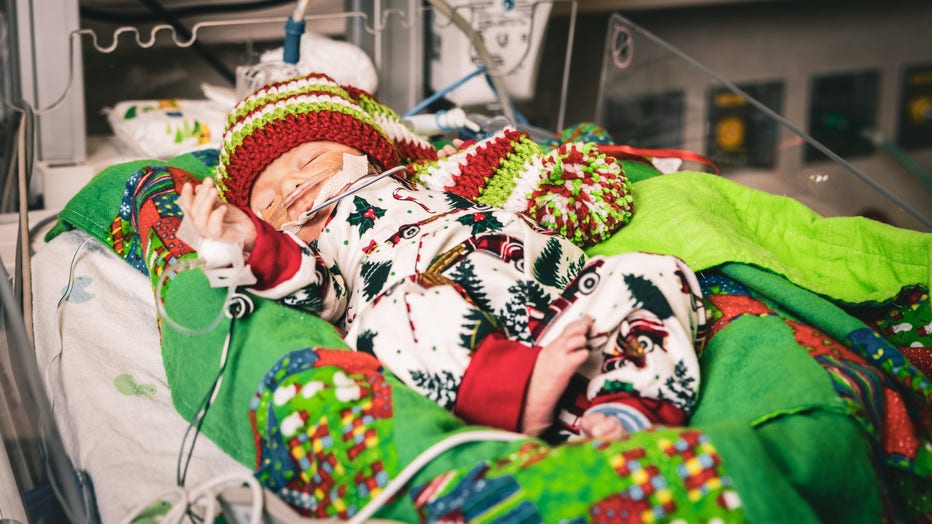 "We like to help capture memorable moments for our patients and their families and it took a lot of teamwork to pull this off," said Amy Nelms, NICU clinical director at HCA Houston Healthcare Clear Lake. "We are thankful to the administrative team for sponsoring The Polar Express books, and to my parents David and Becky Bonds for standing in for the real Santa and Mrs. Claus." 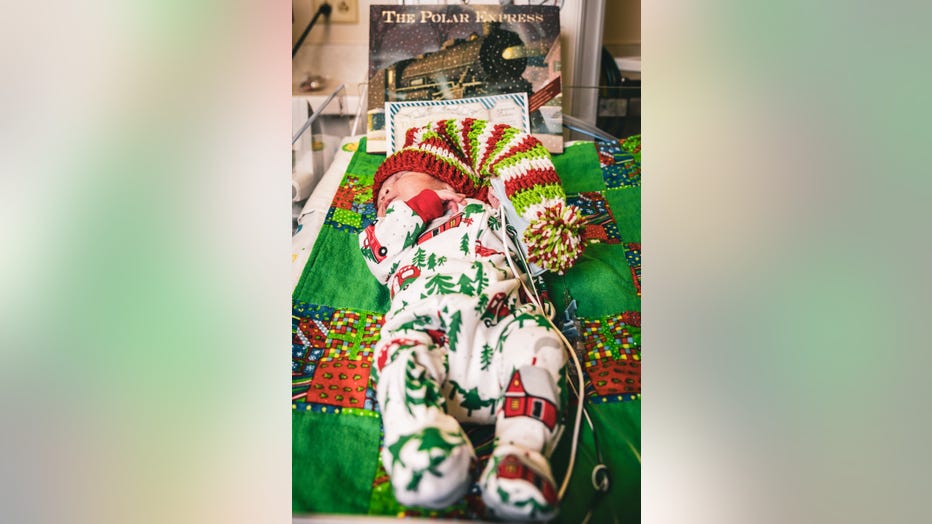 Jennifer Verdin and her husband Kevin Miranda told the hospital they loved the idea of a holiday celebration for their twin newborns, Kaiden and Kenny. "They were born on November 29 and have been in the NICU since," said Verdin. "We were so excited for them to meet Santa and Mrs. Claus, enabling us to have this special Christmas memory before leaving the hospital." 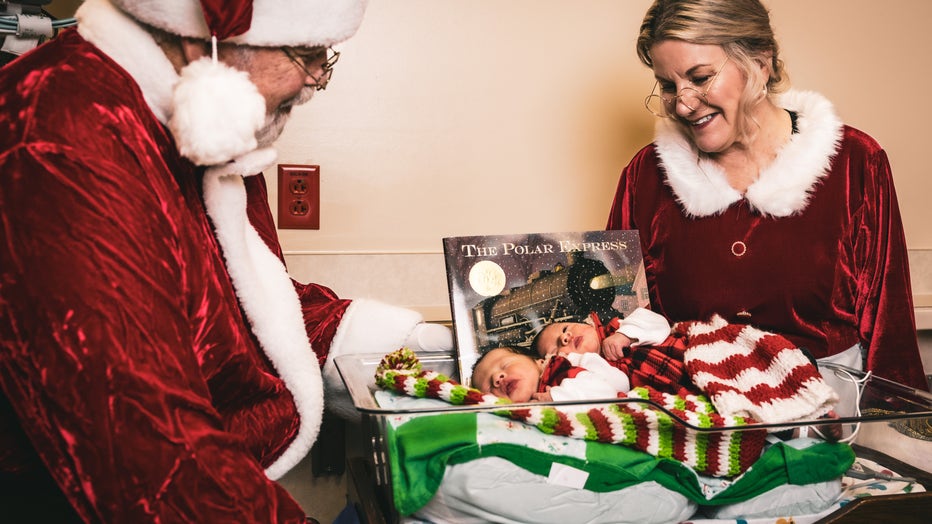 We're happy to say the twins are said to have been discharged from HCA and will spend Christmas at home with their parents.

Olivia Gibson and her husband Ray Davis said they were also happy to have received their Polar Express Day invitation. "Our ticket invitation was posted on our son’s information and milestones board when we arrived for one of our daily visits," said Gibson. "This was a nice surprise. We know Royce will be spending his first Christmas in the NICU, but this event allowed us to dress up as a family and take photos with Santa, Mrs. Claus and the wonderful NICU staff who are taking such great care of him and us." 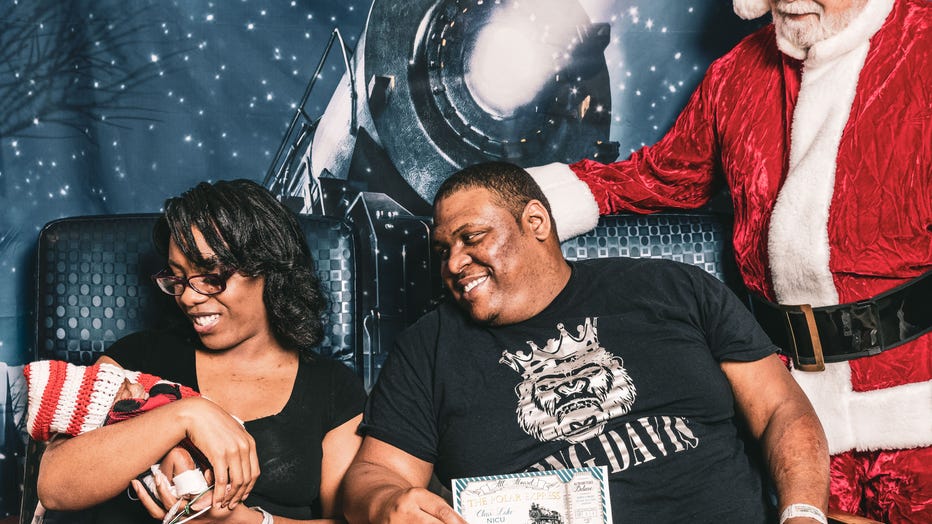 Their son, Royce, was born prematurely at 25 weeks and weighed just one pound and 10 ounces at birth. "He currently weighs five pounds and is making great progress," said Gibson. "His next milestone to achieve is to eat a full bottle. We should be able to bring him home then if everything else stays on track."

The hospital's NICU Council helped come up with the idea. "We are very proud of the staff for developing the idea and for the event’s success. The team wanted to do something to boost the unit’s culture and deliver on the promise to care like family - the whole family. We’re glad it brought so much joy to our NICU families," Nelms added.