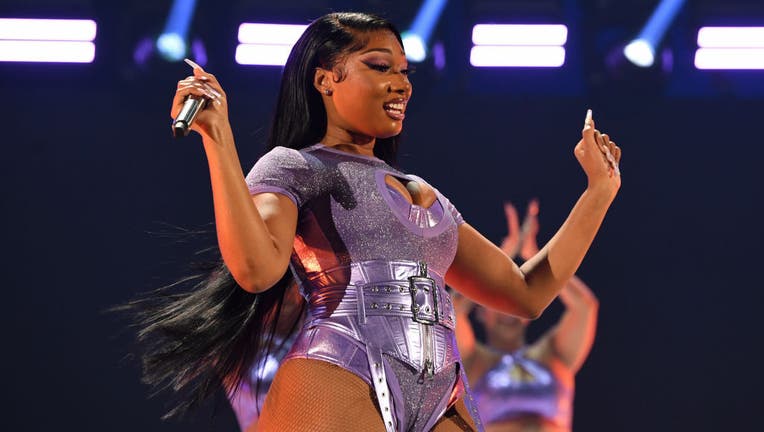 A Houston native, Megan Thee Stallion, also known by her real name as Megan Pete, launched a new website, "Bad Bi***** Have Bad Days Too" in an effort to provide people with information on places they can get therapy, helplines, and other resources and groups advocating for minority groups.

Megan's website is named after a line from the song "Anxiety" off her new album Traumazine. The song features the lyrics, "Monday, Tuesday, Wednesday, Thursday, Bad bi***** have bad days too" and the overall track tells the story of Megan wanting somebody to talk to and getting through her mental health issues.

Megan also provided directories for therapy resources for Black girls and boys and a resource for people to find LGBTQ therapists of color. There are also helplines specifically for the LGBTQIA+ community.

*EDITOR'S NOTE*: This video is from a previous story on an event hosted by the Pete and Thomas Foundation which was established by Megan Thee Stallion. FOX 26's Coco Dominguez explains why the bus made a stop in the Bayou City.

A year ago, Megan Thee Stallion was vocal about her mental health struggles on Taraji P. Henson's Facebook Watch series, "Peace of Mind with Taraji". She discussed how after the passing of her parents she didn't know who to talk to or what to do and just recently started asking for help with therapy.

"As a black person, when you think of therapy you think of 'Oh my god, I'm weak', you think of medication, and you just think the worst," she expresses to Henson and Henson's co-host, Tracie Jade. She also shares how Black women usually have to put on a mask and are seen as a therapist for everybody.

"Therapy wasn't presented in the media as something that was good. And now it's becoming safe to say 'Alright it's a little too much going on. Somebody help me,'" Megan stated during their discussion.

There is a link provided at the end of the site for people to find therapists and sign-up for updates about the site.