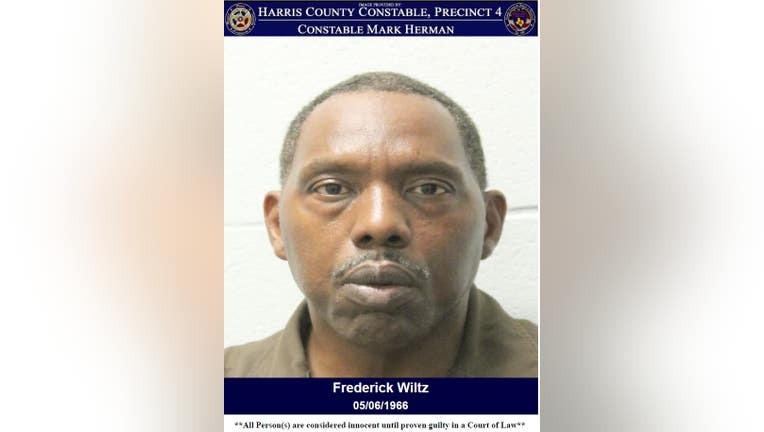 A man is accused of tying up a boy at a Harris County home and then forcing his mother into her vehicle at knifepoint, officials say.

According to the Harris County Precinct 4 Constable’s Office, the woman was able to get away, but they are now looking for the suspect.

The constable's office said Wednesday that Frederick Wiltz was wanted for two counts of aggravated kidnapping.

Deputies with the constable’s office responded to a home in the 300 block of Kirkstall Drive on Wednesday.

MORE: 'I could have been killed': Houston man shot at 3 times while driving

According to the constable’s office, a child at the home reported that he was forced into a closet and tied up by Wiltz.

The constable’s office say the mother was then forced into her own vehicle at knife point, and Wiltz drove to the 500 block of FM 1960. That’s where authorities say the woman was able to get out of the vehicle.

Anyone with information on Wiltz's whereabouts is asked to call the constable office's dispatch or local law enforcement.