David Conley gets life in prison for executing 2 adults, 6 children

The man accused of executing eight people - including six innocent children will spend the rest of his life in a Texas prison. That long-awaited verdict was delivered by a jury Thursday as surviving family members looked on. FOX 26's Greg Groogan has more.

HOUSTON - A Harris County jury has found David Conley guilty in the 2015 mass murder of eight people, including six children.

The victims were his ex-girlfriend Valerie Jackson, 40, her husband Dwyane Jackson, 50, and six children. The names of the children are Nathaniel, Honesty, Dwayne Jr., Caleb, Trinity and Jonah. The youngest child was 6 years old while the oldest was 13. The oldest, Nathaniel, was Conley's own son.

All of the victims were shot in the head.

David Conley found guilty of capital murder and will serve life in prison without parole for executing eight people, including six children, back in 2015.

"How could anyone look into the eyes of children handcuffed to their beds and slaughter them one by one?" Harris County District Attorney Kim Ogg said in a statement. "We are forever indebted to the jurors who listened to the excruciating evidence, thoughtfully deliberated, and delivered justice."

Conley, 54, was charged with three counts of capital murder, specifically, murder of a child under the age of 10, murder of multiple people, and murder in addition to another felony, in this case, burglary.

He will serve life in prison without parole. Conley was sentenced to the maximum penalty permitted by law, as the U.S. Supreme Court has ruled that persons who are intellectually disabled are not eligible for execution. Both State and defense experts concluded Conley qualified as a person with intellectual disability.

Death penalty not sought in case of mass murderer

The death penalty is off the table in the trial of accused mass murderer David Conley. Criminal defense attorney Letitia Quinones explains why.

"I just never understand how anyone could shoot a child and he shot my son 14 times," Shirley Jackson said, whose living legacy was decimated by his murderous rampage.

"Your heartless act not only robbed our beloved family, it robbed our plans," said Darlene Benton, sister to 50-year-old Dwayne Jackson "We’d hoped to see them flourish into whom God created them to be."

"We will never truly know what they went through," said Natalie Conley, a surviving sibling who is older and did not live at the home.

She was not present when her father, David, killed her mother, Valerie, and the seven others. "Each individual member of my family was someone and didn't get the chance to become who they would be."

Given his confession and the overwhelming evidence, the outcome of Conley's Capitol Murder trial was never really in doubt.
The jury found him guilty with a sentence of life imprisonment without parole.

Because experts diagnosed Conley as mentally impaired, prosecutors were barred from seeking the death penalty.

"This wasn't a choice This was a legal conclusion," said Alycia Harvey, lead prosecutor in the case.

For those left to remember and to grieve, life behind bars for David Conley seemed more fitting than a quick death by lethal injection.

"That's the easy way out for him. I want him to live with his actions," said Natalie Conley, his daughter.

"He expected for one of us, any one of us, to say we hate him. We don't have to hate him. He hates himself," said Paulette Jackson who lost a brother, three nieces, and three nephews to the killer.

Conley's lawyers considered the outcome a "victory" because they succeeded in keeping their client off death row. 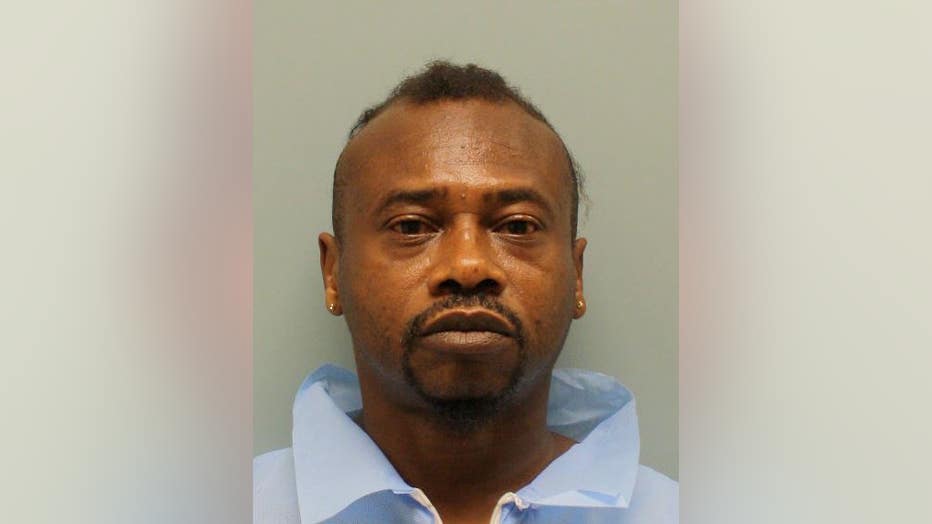 On August 8, 2015, Harris County Sheriff's Office received multiple calls for a welfare check. Deputies arrived to the home on Falling Oaks Road near Fire Hills Drive in northwest Harris County to check on the family inside the home.

No one answered the door after deputies arrived.

When deputies learned that a warrant was issued for Conley's arrest for the assault of family members and that he might have been inside the house, they began looking through windows and saw a child on the floor not breathing.

Four deputies then went inside the house through an unlocked door and shots were fired at them, causing them to run from the home.

After several hours in a standoff, members of the HCSO High-Risk Operations Unit and Hostage Negotiation Team negotiated Conley's surrender. Conley walked outside, surrendered, and was arrested without incident. Deputies entered the home and found eight people murdered including two adults and six children.

The motive for the murders appears to be related to the previous domestic relationship between Conley and Valerie Jackson.

David Conley has a history of domestic violence

Investigators say Conley has a history of domestic violence.

A court document from September of 2013 lays out a nightmare scenario. In it, a CPS caseworker testifies that Valerie Jackson's six children should be removed from the same home where they would be murdered, less than two years later.

DETAILS: Murdered children were removed by CPS in 2013, but returned to home a month later

The caseworker states that the 6 children suffered abuse, at the hands of Conley and were also abused by Dewayne Jackson, Valerie’s spouse, and the father of 5 of the 6 now-deceased children.

Conley's estranged wife also made allegations of abuse against him.

Vernessa Conley told FOX 26 back in 2015 that had she not left him several years prior, he would have killed her.