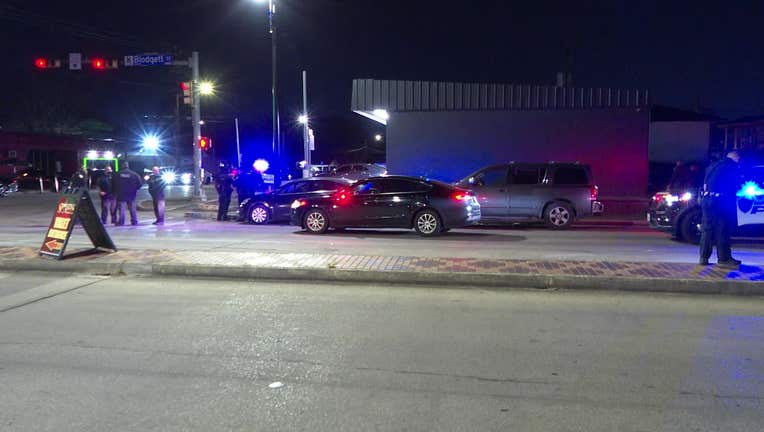 Houston police investigate a shooting on Ennis and Blodgett.

HOUSTON - Houston police say a security officer was shot after breaking up a disturbance in a parking lot.

The shooting occurred around 11 p.m. Sunday near Ennis and Blodgett.

According to police, it began as a disturbance between a few people in the parking lot.

Security was able to break it up and get them to leave, police say.

According to HPD, the suspects left in a black Chevy Avalanche, but they made a U-turn and started shooting at the security officers.

One of the security officers was shot in the lower abdomen. He was taken to the hospital and was last reported to be in stable condition.

Police say another security officer returned fire, but it’s not known if a suspect was shot.

The vehicle was last seen heading westbound on Blodgett towards 288.

Anyone with information is asked to call police or Crime Stoppers.