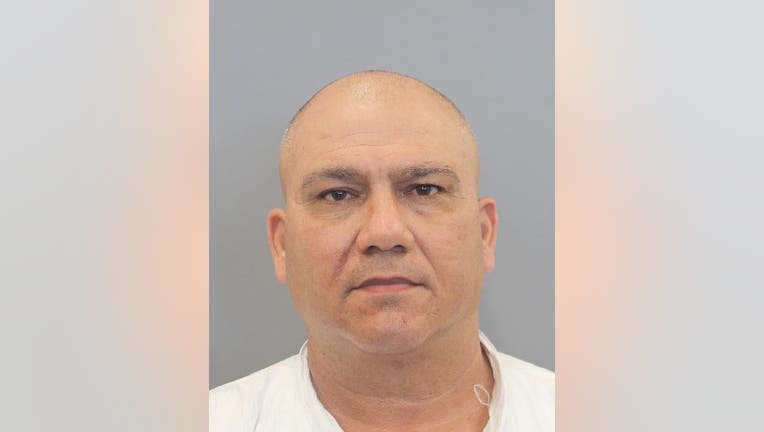 HOUSTON - A Houston man has been charged with murder for allegedly stabbing and killing his wife in front of their teenage daughter.

PREVIOUS: Man accused of stabbing wife to death in front of daughter

Officers responded to an apartment complex in the 7000 block of Woodsman Trail around 11 p.m. Wednesday night and learned a woman had been stabbed multiple times. She was pronounced dead at the scene.

Houston police say they were informed by Houston Fire Department personnel that a male suspect, later identified as Jimenez, had fled the scene.

A man is accused of stabbing his wife to death in front of their 13-year-old daughter at a northwest Houston apartment complex, police say. (NOTE: This report aired before the suspect was identified.)

Officers were given a description of the suspect’s vehicle and conducted a traffic stop in the 8000 block of Antoine. Jimenez was taken into custody.

Police say the couple’s teen daughter and two other witnesses were present at the time of the stabbing, but none of them were injured.

Anyone with information in the case is urged to contact the HPD Homicide Division at 713-308-3600.