Champion amputee athlete from Houston changing lives of those with disabilities

To connect and belong: that's what double amputee Kari Ortiz, who now lives in north Houston, believes is of utmost importance to everyone.

HOUSTON - To connect and belong: that's what double amputee Kari Ortiz, who now lives in north Houston, believes is of utmost importance to everyone.

That certainly goes for military men and women who are coming back to the U.S. injured and trying to find their new place in life. Kari is doing everything she can to help empower them.

It all began when Kari was getting close to becoming an officer in the military. She was living the dream in Washington D.C., when her life took a dramatic turn right before Christmas in 1999. The car she was riding in was hit by a drunk driver and her body was trapped in the wreckage. Kari's legs were pinned under the car.

Emergency crews couldn't release her body from the wreckage. They flew a doctor in by helicopter, to further amputate her legs, right there on the side of the road.

"You would think an injury like that would happen on a battlefield but no, it was happening in PG County, Maryland," explains Kari.

She was in and out of consciousness, but she was aware enough to know her legs were gone. Even with that realization, she woke up with a sigh of relief in the hospital. Her mom asked her if she knew what happened. She did.

"I remember waking up and was just so happy, because before - I couldn't breathe. It felt like something was squeezing me, but there was nothing. My lung had collapsed. I think that was the rush to get me you out (of the vehicle). My whole pelvis was fractured all the way around, all these bones were broken, so I was totally crushed," states Kari. 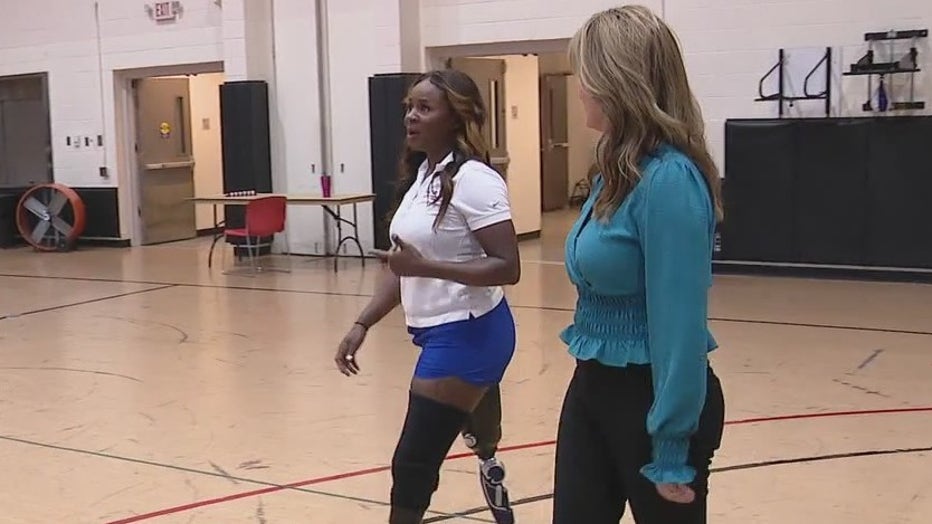 It took a lot of hard work and grit to recover from such a traumatic injury. Kari grew up running track and playing basketball, so her gut instinct was to take up those sports in a wheelchair. She enjoyed it and wanted to compete at a higher level. She was devastated when she didn't make the U.S. Paralympics team in wheelchair basketball, but her grandmother kept her on track with positive thinking.

"She reminded me that life is like a race and you're going to come up against a bunch of hurdles. Once you go to the hurdle, jump over it, and then move on to the next one. So now in my mind, I just think of when I hit those walls, it's like okay, let me know that this is just another hurdle, and I'll get over it," exclaims Kari.

She sure did! She took up sitting volleyball, even though she had never played volleyball before. She was a powerhouse and made the U.S. Paralympics team. She went on to three Olympics and won three beautiful medals! 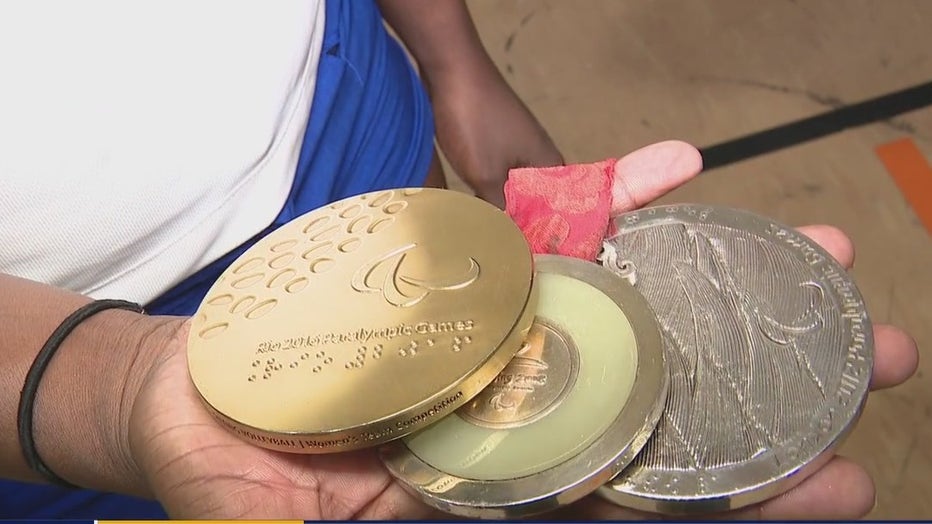 "Not only making the team but being named the best of the barrel, which is the best defensive specialist in the world, so it was pretty darn cool," says a smiling Kari.

Kari says sports gave her confidence plus provided the camaraderie she was missing from her military days. While she was thrilled about her championship moments, she wanted more in life.

"I soon realized that medals just weren't enough, so I came back to my roots in DC and started the paralympic military program at Walter Reed and Bethesda Naval. We helped design the Department of Defense Military adaptive sports, helping thousands of veterans across the country. We also lobbied Congress for a veteran's Paralympic training stipend and launched the warrior games, so that's the inspiration for Prince Harry's Invictus Games," explained Kari, when she was making a speech at the White House, of all places!

She also helped create the Airforce Wounded Warriors community program to connect service members with accessible recreation when they return home, to make sure they find a place where they feel they truly belong.

As the Director of People and Culture with an organization called Move United, her goal is to expand adaptive sports to make sure that anyone who lives in America is within 50 miles of an opportunity! She's currently setting up a new sitting volleyball league at the West Gray Multi-Service Center.

She hopes to bring others to Houston, including on the north side! Through the power of adaptive sports, Kari helps others see tough times as a hurdle, not a barrier.