This was a labor of love and hope for many -- from the Houston artist who designed it to everyone who helped paint.

"This is another public statement that the life and death of George Floyd is not in vain . . . Because of his life and his death reforms are being made." 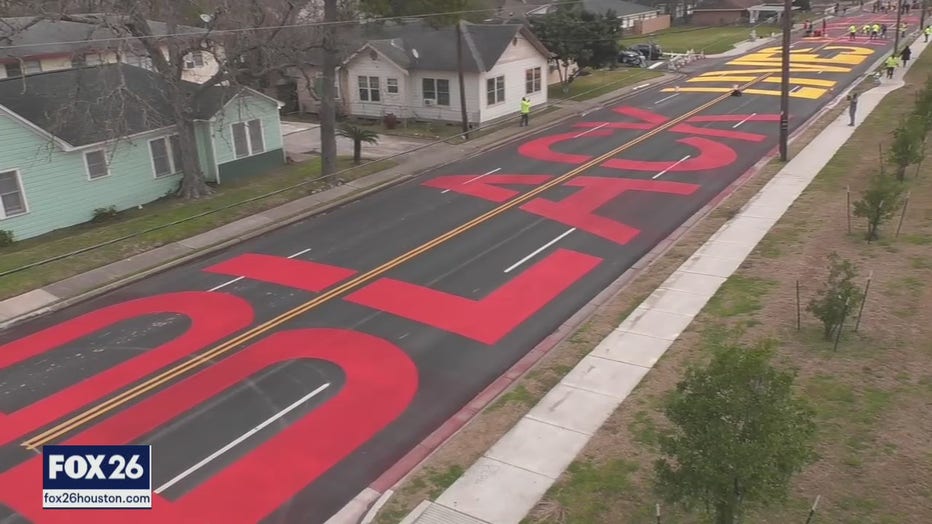 Several members of George Floyd's family spoke at the podium, his sister, LaTonya said "I thank you all so much. This is beautiful. This beautiful. . . the greatest thing about it is it's not just black people that's behind this it all races and creeds that means so much."

Floyd's son Quincy shared his feelings, " Love and joy right now. It means a lot for everybody to come out here and show love and support for my father. I appreciate what they're doing...I'm emotional but I really can't say too much."

The ceremony also remembered the lives of other Black Americans killed by police and racial violence.

Brooke Williams, George Floyd's niece, " Not only have I my uncle, but there are others that feel the same as I do, there are many who may never be known who lost their lives to a knee being placed on their neck, being shot in their own home and were killed for simply going for a midday run. We must continue to shed light on black lives," spoke at the podium.