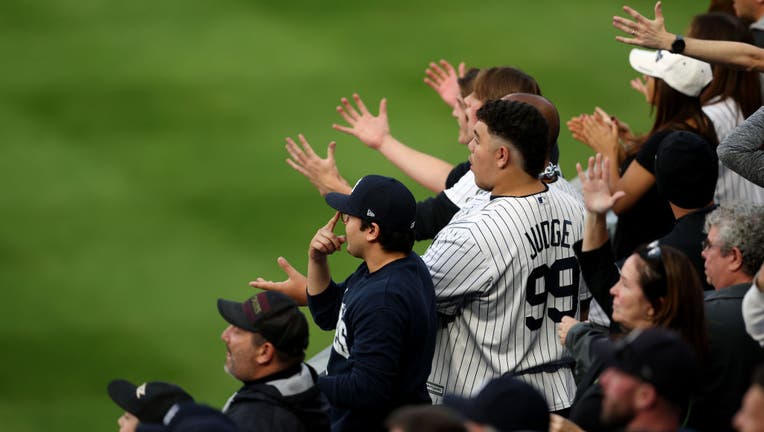 NEW YORK, NY - OCTOBER 22: Fans are seen arguing a call during Game 3 of the ALCS between the Houston Astros and the New York Yankees at Yankee Stadium on Saturday, October 22, 2022 in New York, New York. (Photo by Rob Tringali/MLB Photos via Getty I

HOUSTON - The Yankees' loss in Game 3 seems to have caused such an upset, ticket prices for Game 4 take an all-new low.

Fans are surprised to find that tickets for the ALCS game at Yankee Stadium on Sunday cost nearly $20 when tickets were originally close to $200. 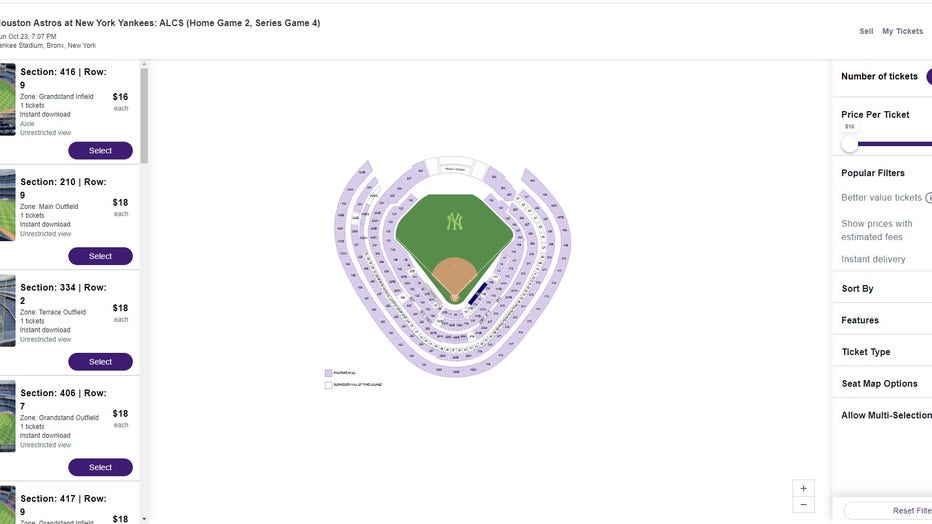 After the Houston Astros beat the Yankees on Saturday in a 5-0 upset, taking a 3-0 lead in the series, fans have started to throw in the towel ahead of the possible Astros sweep in Game 4.

StubHub is reporting ticket prices for around $20 in the highly watched match-up. Many are shocked at the major plummet in prices but aren't surprised as fans are anticipating another Yankees loss.

The Yankees are currently down three to nothing in the best-of-seven-game series. If the Astros manage another win against the New York team, they will punch their ticket to the World Series.

You can keep up with ALCS Game 4 right here on our website.