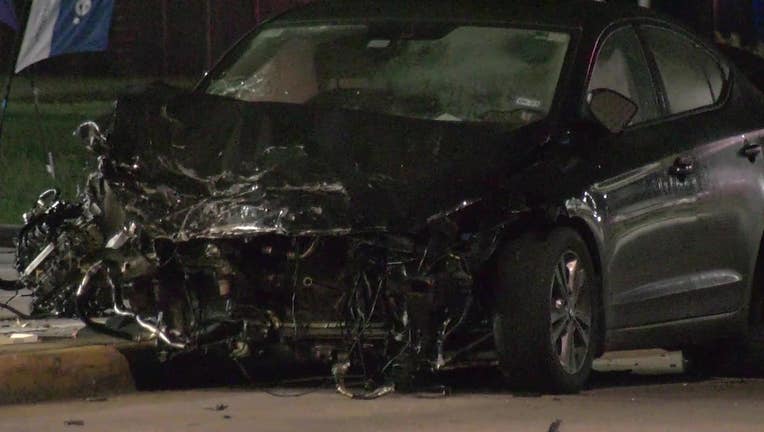 Four people were taken to the hospital after a head-on crash involving an evading suspect, authorities say.

The crash occurred near the intersection of FM 1960 Road W and Wunderlich Drive around 2:40 a.m. Wednesday.

According to the Harris County Precinct 4 Constable’s Office, an evading suspect in a stolen vehicle had two passengers in his vehicle when the crash occurred with another car.

The suspect, two passengers, and the occupant of the other vehicle were taken to the hospital. The constable’s office says everyone suffered serious injuries except for the suspect.

Authorities say the suspect had a felony warrant for auto theft. Once he is cleared from the hospital, he will be charged with three counts of reckless aggravated assault with a deadly weapon with serious bodily injury and felony evading, according to the constable’s office.

The investigation into the crash and the events leading up to it continues.