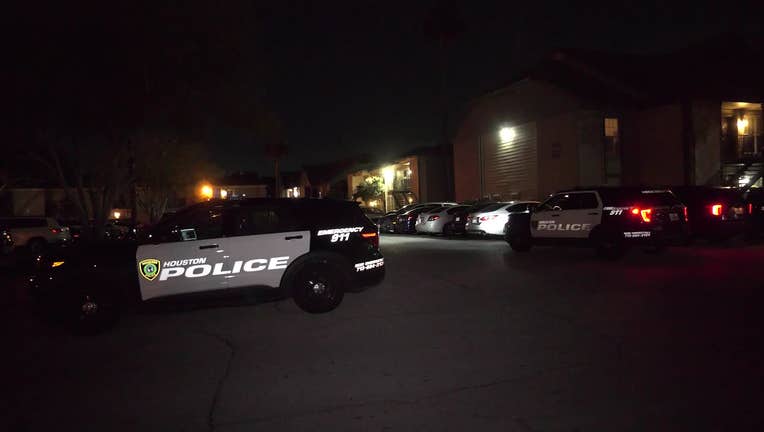 The Houston Police Department investigates a shooting in the 1900 block of S Kirkwood.

HOUSTON - An 11-year-old boy was shot in the leg while taking out the trash at an apartment complex in southwest Houston, police say.

The shooting was reported around 10 p.m. Tuesday near Briar Forest Drive and South Kirkwood Road.

Police say the boy and his 15-year-old brother took some trash to the dumpster and then started walking back to their apartment.

During their walk, police say the boys heard some people about 40 to 50 yards away in the parking lot who sounded like they may have been arguing.

They then heard one pop, and the younger boy felt pain in his leg, police say.

The boy was taken to the hospital. Officials say he is expected to be OK.

There is no description of a suspect at this time. Anyone with information or surveillance video is asked to contact HPD Major Assaults at 713-308-8800.