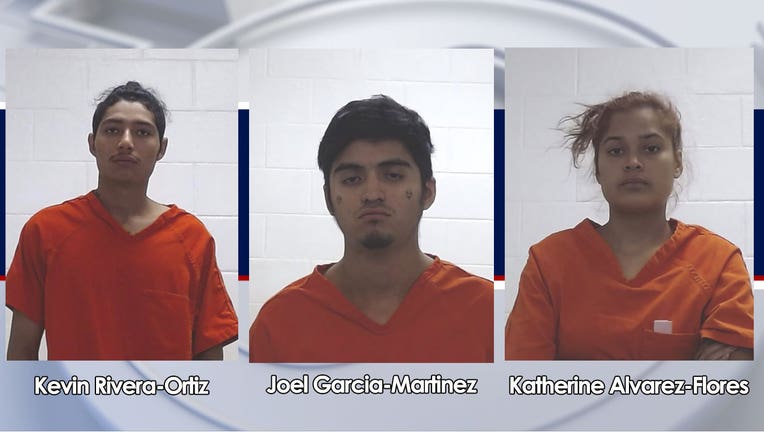 LIBERTY COUNTY, Texas - Three people have been arrested in connection with the murder of a 16-year-old girl found shot to death in Liberty County earlier this month.

According to officials, Kevin Rivera-Ortiz, 19, who is a former boyfriend of Rodriguez-Avila, Joel Garcia-Martinez, 20, and Katherine Alvarez-Flores, 20, were arrested in Houston and charged with murder as part of a joint effort between multiple agencies.

Alvarez-Flores is also charged with tampering or fabricating physical evidence.

MORE: Girl, 16, found shot to death on side of road in Liberty County

The discovery was made after a motorist called 911 to report finding Rodriguez-Avila on the side of County Road 3550, near County Road 5708.

Authorities said Rodriguez-Avila died from what appeared to be a gunshot wound.

Officials said they are awaiting autopsy results to determine any other factors in her death.