It took until the early morning hours, but it's now official: Lina Hidalgo has been re-elected as Harris County judge.

HOUSTON - The people have spoken and incumbent Lina Hidalgo will keep her seat as Harris County judge.

"Didn't I say it would be a sweet victory after all they threw at us," Hidalgo asked, delivering her victory speech from the Harris County Democratic Party headquarters on Wednesday afternoon.

"Unity prevailed over division in this election. Truth prevailed over lies. And decency prevailed over vitriol. And I'm proud of that," Hidalgo said. "It would have been easy to give in to any of those things. Playing dirty is easy. It is easy, and it wins. But it didn't win here."

Hidalgo also thanked her opponent for "running a hard-fought campaign."

Mealer released a statement on Wednesday saying, "While we did not accomplish our goal of changing leadership in Harris County, we were successful in elevating the profile of critical issues like the need to appropriately resource our law enforcement and criminal justice system as well as the desire to eliminate corruption and increase transparency in local government."

"This campaign was always about good government and I am hopeful that we have played a role encouraging that going forward. I am extremely grateful to our supporters and all those who contributed to this campaign," Mealer's statement continues.

Initially, it seemed like Hidalgo and Mealer were neck and neck. Especially after several surprising endorsements by the Houston Chronicle and Jim "Mattress Mack" McIngvale.

During the March primaries, Hidalgo took a huge lead as the Democratic nominee. 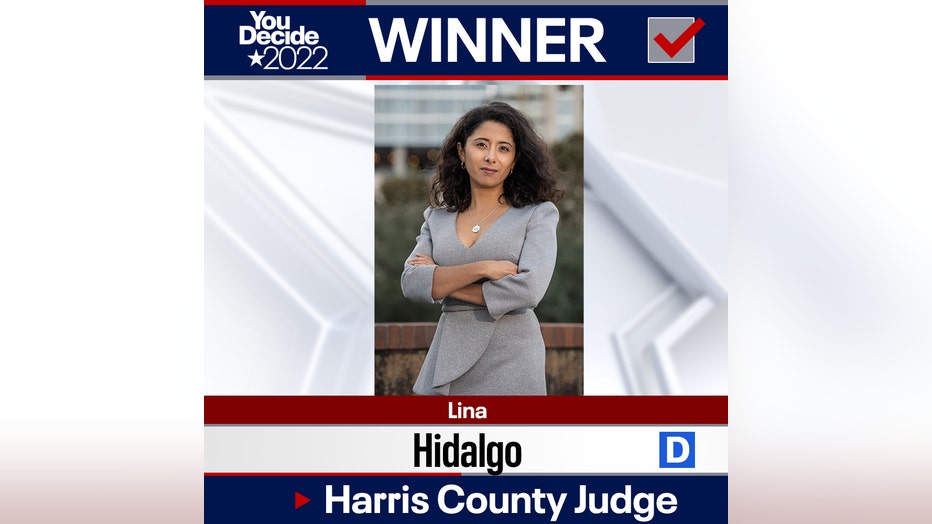 After a slew of controversies involving a botched COVID-19 outreach contract, things seemed bleak for the incumbent judge. Coupled with criticism over Hidalgo appearing to not do enough to respond to the recent crime wave in Harris County.

These issues overshadowed Hidalgo’s handle on unforeseen circumstances, however, and responses during times of crisis.

According to the Texas Tribune, her response to several natural disasters made her one of the state's most recognizable Democrats. And her public clash with state authorities, who seemed to challenge her every move, show that she was doing what she could with what she had.

"She and other urban county judges enacted measures intended to slow the spread of the virus like mask mandates and occupancy restrictions in stores and restaurants — drawing the ire of conservatives," Joshua Fletcher with the Texas Tribune writes. "Early in the pandemic, Hidalgo publicly clashed with Gov. Greg Abbott when he took the authority to enact pandemic restrictions away from local officials, unsuccessfully pleading with Abbott to take stronger action as COVID patients overwhelmed many Houston hospitals. Hidalgo also oversaw the county’s response to the 2021 winter storm that crashed the state’s power grid, as well as the region’s ongoing recovery from Hurricane Harvey."

And clearly, her constituents felt the same way and offered her the chance to keep her seat.