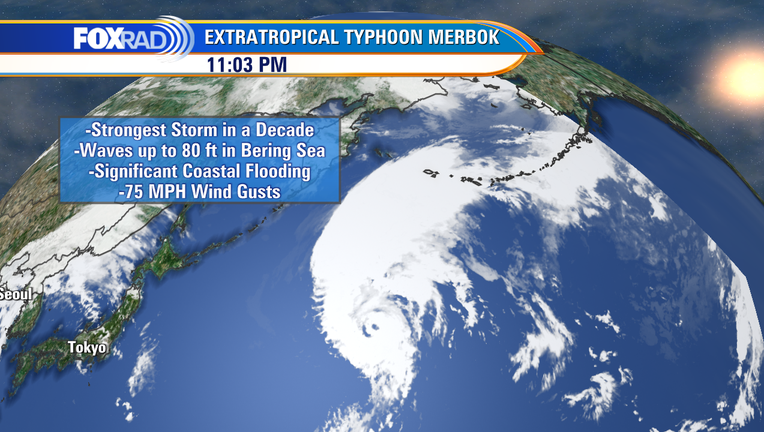 Just last week, we were talking about Tropical Storm Kay impacting the southwest U.S., something that we don't see often. Now, a transitioning typhoon is set to bring significant impacts to portions of Alaska over the course of the weekend.

The National Weather Service in Fairbanks, Alaska, is issuing very strong messaging in regards to Merbok, calling it the "strongest storm in over a decade."

Merbok looks to pass across the Aleutian Island chain, into the Bering Sea, churning up massive wave heights of up to 80 feet.

In addition to strong winds that may gust to hurricane force causing damage and power outages, inundation of critical infrastructure is expected along the coastline.

Sea level pressure could dip into the 940s. Pressure-wise, the equivalent of a major hurricane. 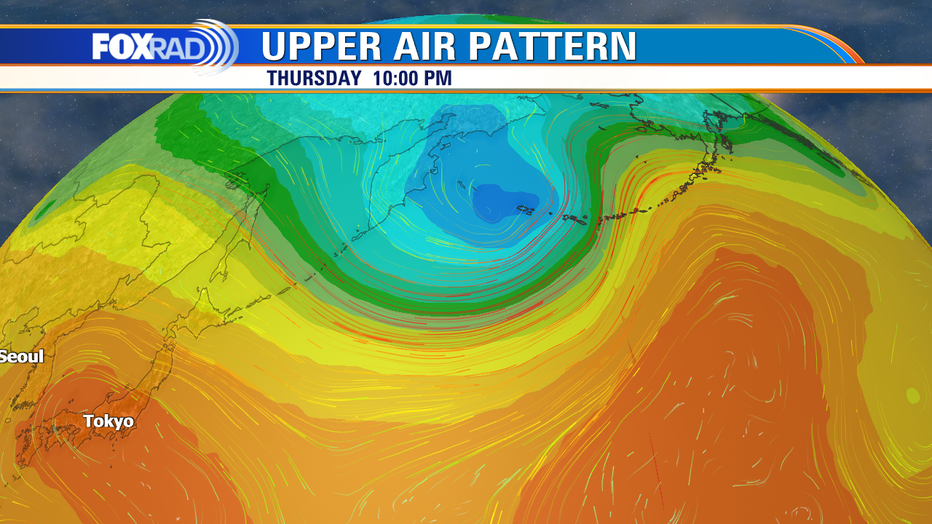 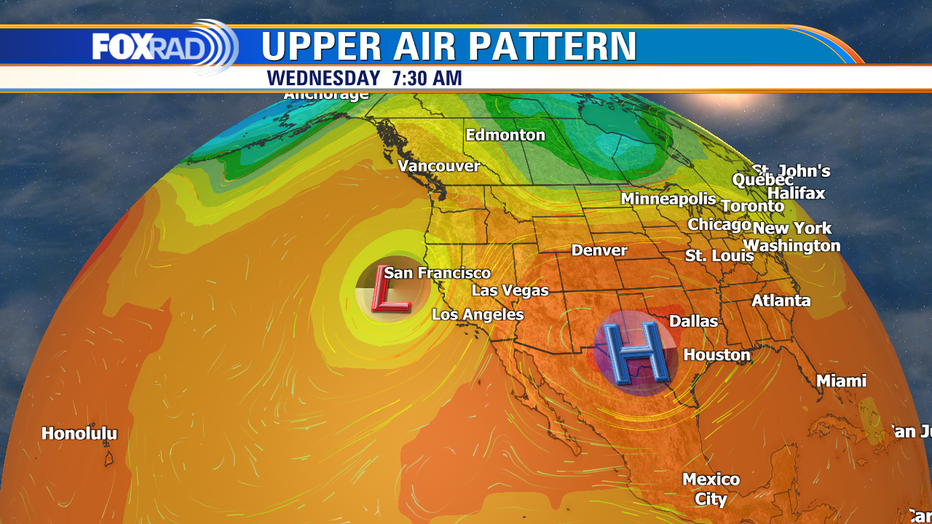 This powerful storm is set to place a bend in the Jetstream that will send an atmospheric river into portions of California early next week, bringing much needed wildfire relief near the area of the ongoing Mosquito fire. That fire has currently burned over 60,000 acres within the last eight days that it has been active and was last reported at only 20% contained. However, a surge of moisture could cause other concerns. 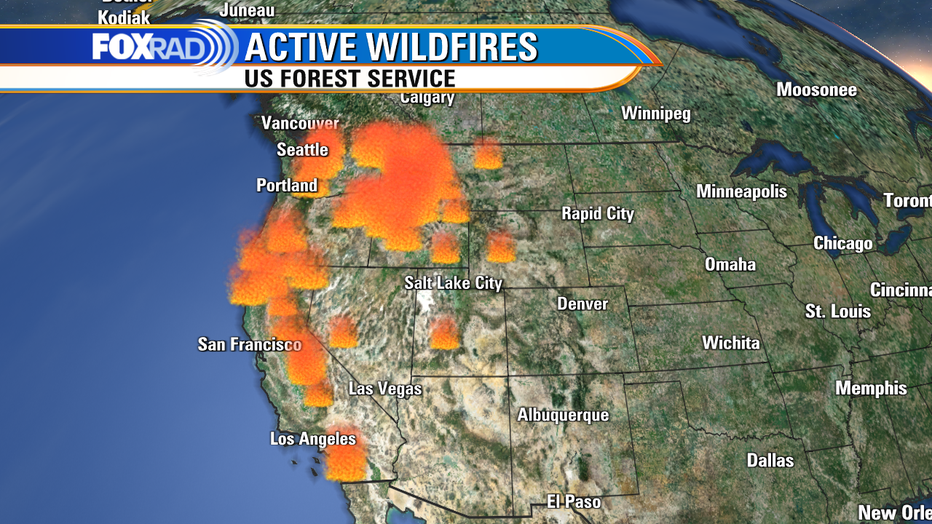 Meanwhile, on the other side of that, high pressure will build, bringing us toasty sunshine leading into the first day of fall. While most of us are unlikely to hit triple digits, we can't rule it out in a few spots, especially inland, as most of the rest of us spend a few days in the mid to upper 90s. 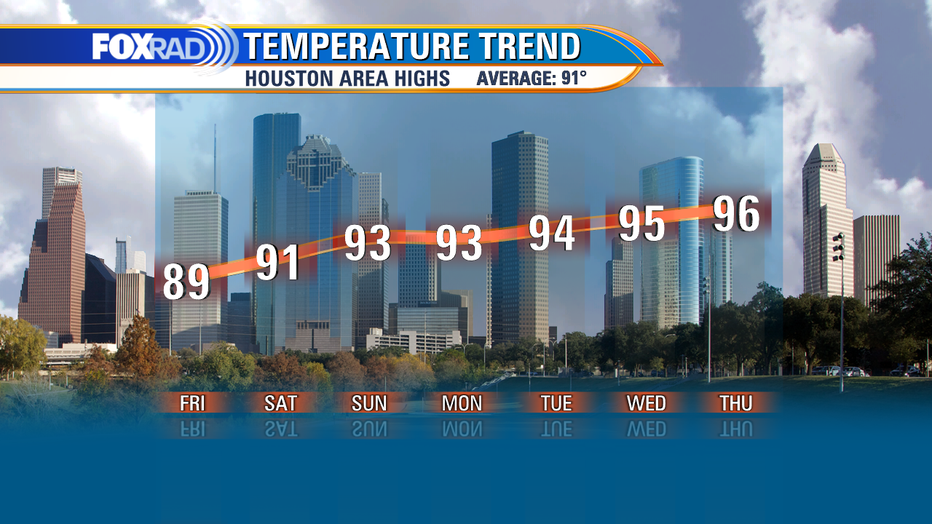 We have not seen a triple-digit day since Aug. 10, with 2022 currently sitting in the #4 spot. While I don't expect us to take over the #3 spot, stranger things have happened. We'd only need to squeak out two more triple-digit days at IAH to tie. The record latest date for triple-digit temperatures occurring in the Houston area is on Sept. 27. 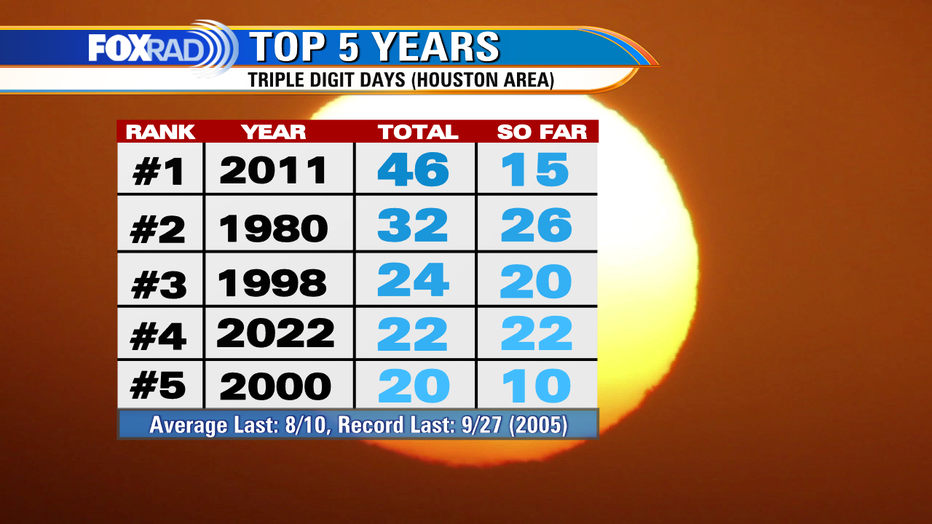 So, locally all eyes will be on how strong the building ridge of high pressure ends up being. Elsewhere, certainly thinking of folks bracing for more impactful weather and thankful that none is headed our way at the moment.