In the tropics, our 6th named storm of the season has formed. Tropical Storm Fiona, however, is not expected to impact the Gulf.

"Interests in the Leeward Islands, the Virgin Islands, and Puerto Rico should monitor the progress of this system," the agency said. 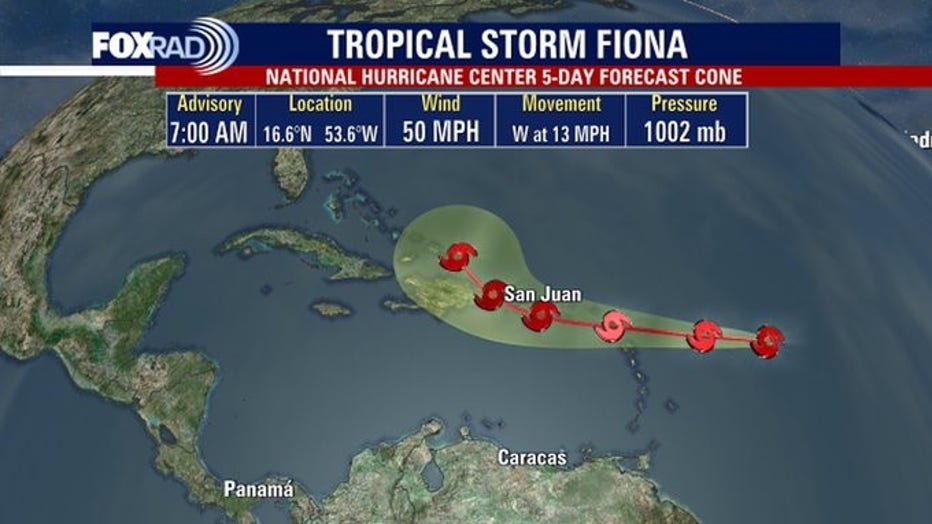 At 5 a.m. EDT on Thursday, the tropical storm was moving at 13 mph (20 kph) with maximum sustained winds of about 50 mph (85 kph), forecasters said. Little change in strength is forecast during the next few days.

Fiona is expected to produce total rainfall accumulations of 3 to 6 inches with isolated higher amounts across the northern Leeward Islands, the British and U.S. Virgin Islands, Puerto Rico and eastern Hispaniola, the hurricane center said. Swells generated by Fiona are expected to begin affecting the northern Leeward Islands by early Friday. These swells could cause life-threatening surf and rip current conditions.

"On the forecast track, the center of Fiona is forecast to move through the Leeward Islands late Friday and Friday night, and move near the Virgin Islands and Puerto Rico this weekend," the hurricane center advisory said.