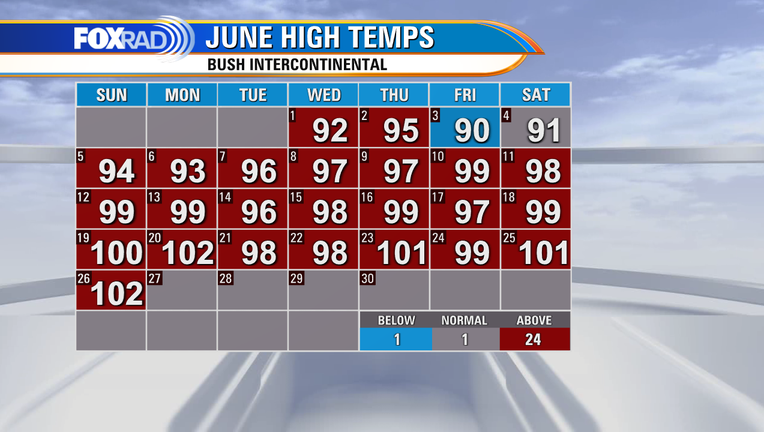 HOUSTON - This June is on track to be the new record holder for overall monthly temperature.

So far, with the exception of two days, this June has seen above-average highs. Many of them were new records for both daytime highs and overnight lows. 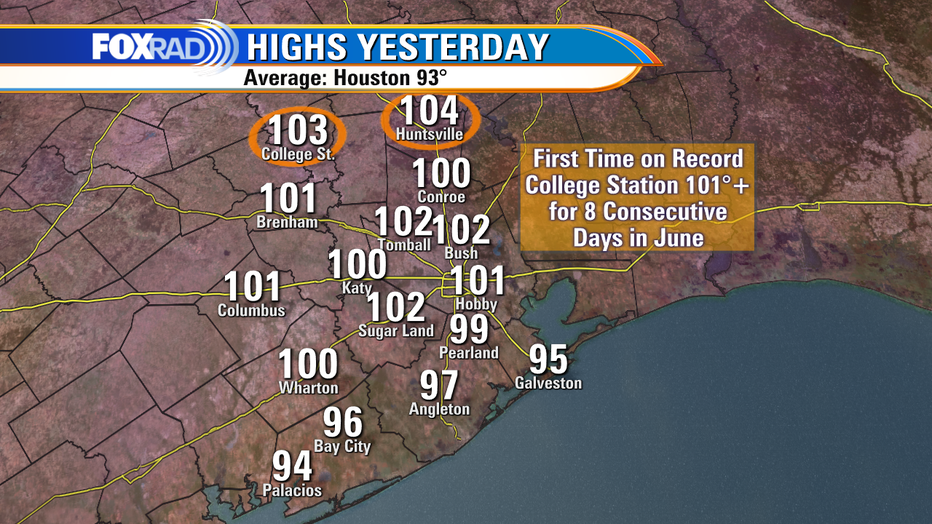 College Station achieved a daytime high of over 101 degrees for eight days in a row. This is the first time on record of that occurring in the month of June.

RELATED: How to beat the summer heat in Houston amid an ongoing drought

Huntsville's temperatures got up to 104 degrees yesterday. It was the highest temperature achieved at the site so far to date. The city has hit 103 twice and 102 degrees five times within the past two weeks. 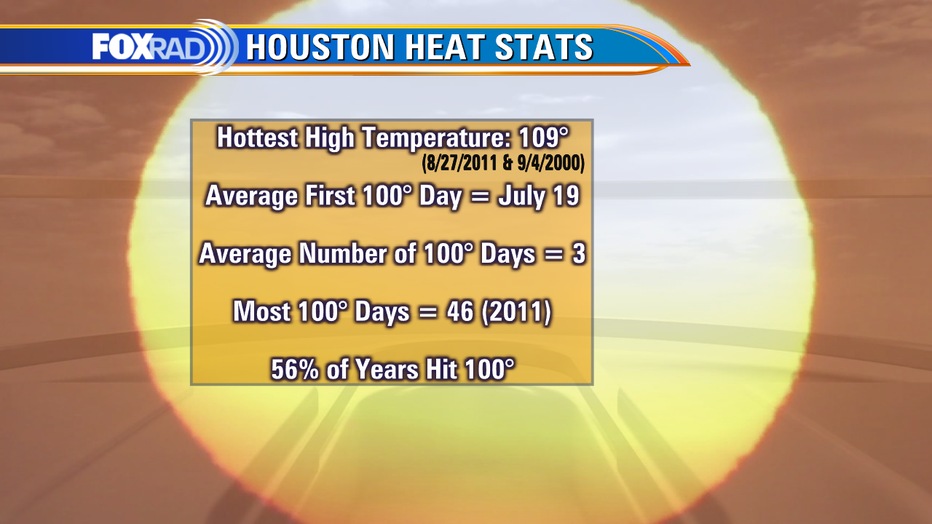 All of these high temperatures occurred well ahead of our normal schedule. We usually don't see our first 100-degree day until mid-July.

On average, Houston sees about three 100-degree days each year.

This month alone, Bush Intercontinental, which serves as the official climate reporting site for Houston, has already experienced five days of 100-degree heat and summer has barely just begun. 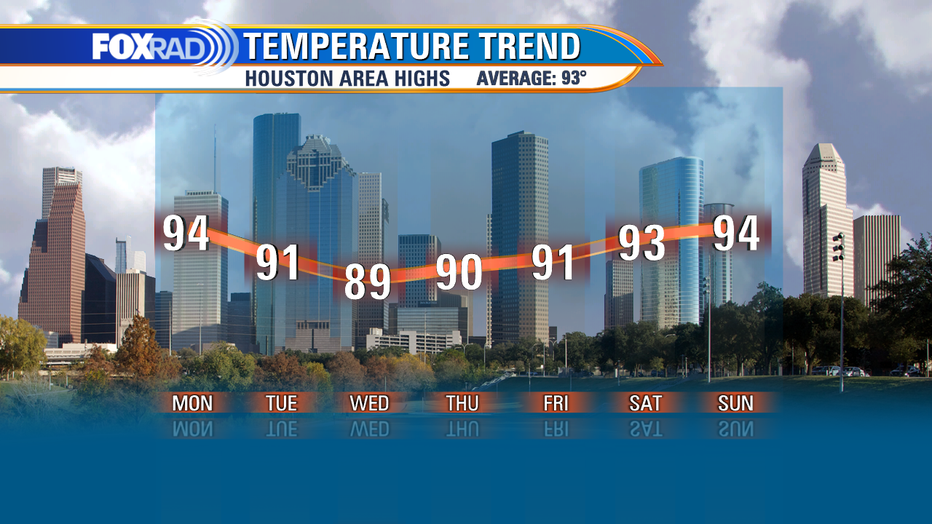 Four of those five days occurred last week. But the kicker is, that this heat was seen late in the season occurring mostly in August and September.

This week we'll get a necessary break from the heat and also the ongoing drought that has led to county burn bans.

Temperatures are trending closer to average as June comes to an end. We expect daily shower and storm chances as we begin July on Friday.